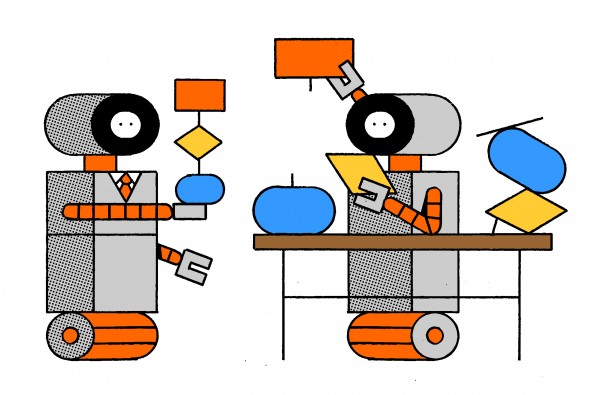 At first blush, Scot Barton might not seem like an AI pioneer. He isn’t building self-driving cars or teaching computers to thrash humans at computer games. But within his role at Farmers Insurance, he is blazing a trail for the technology.

Barton leads a team that analyzes data to answer questions about customer behavior and the design of different policies. His group is now using all sorts of cutting-edge machine-learning techniques, from deep neural networks to decision trees. But Barton did not hire an army of AI wizards to make this possible. His team uses a platform called DataRobot, which automates a lot of difficult work involved in applying such techniques.

The insurance company’s work with DataRobot hints at how artificial intelligence might have to evolve in the next few years if it is to realize its enormous potential. Beyond spectacular demonstrations like DeepMind’s game-playing software AlphaGo, AI does have the power to revolutionize entire industries and make all sorts of businesses more efficient and productive. This, in turn, could help rejuvenate the economy by increasing overall productivity. But in order for this to happen, the technology will need to become a whole lot easier to use.

The problem is that many of the steps involved in using existing AI techniques currently require significant expertise. And it isn’t as simple as building a more user-friendly interface on top of things, because engineers often have to apply judgment and know-how when crafting and tweaking their code.

But AI researchers and companies are now trying to address this by essentially turning the technology on itself, using machine learning to automate the trickier aspects of developing AI algorithms. Some experts are even building the equivalent of AI-powered operating systems designed to make applications of the technology as accessible as Microsoft Excel is today.

DataRobot is a step in that direction. You feed in raw data, and the platform automatically cleans and reformats it. Then it runs dozens of different algorithms at once against it, ranking their performance. Barton first tried using the platform by inputting a bunch of insurance data to see if it could predict a specific dollar value. Compared with a standard, hand-built statistical approach, the model selected had a 20 percent lower error rate. “Out of the box, with the push of one button; that’s pretty impressive,” he says.

The reality of applying AI was laid bare in a report published by the consulting company McKinsey in June of this year. This report concludes that artificial intelligence, especially machine learning, may overhaul big industries, including manufacturing, finance, and health care, potentially adding up to $126 billion to the U.S. economy by 2025. But the report has one big caveat: a critical talent shortage.