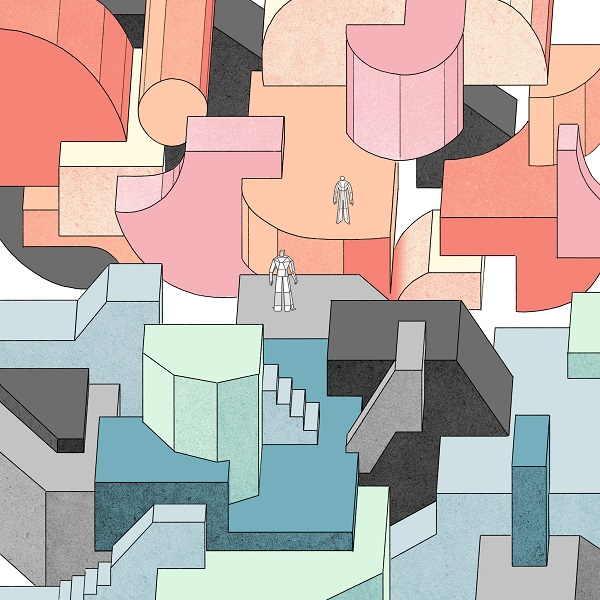 By Kai-Fu Lee, CEO of Sinovation Ventures and the author of the forthcoming book “A.I. Superpowers: China, Silicon Valley, and the New World Order,” from which this essay is adapted.

Every technology goes through an age of discovery and an age of implementation. During the age of discovery, the critical work takes place in research laboratories, where scientists make the breakthroughs that move the field forward. During the age of implementation, the technology reaches a point of practical utility and begins spilling out of the lab and into the world.

Over the past decade, I’ve watched firsthand as the field of artificial intelligence has transitioned from one phase to the other. The 1980s and 1990s were a period of discovery in A.I., one that I participated in through my research on speech recognition at Carnegie Mellon University and Apple. More recently, I participated in the implementation phase through my work as the head of Google China and as an early investor in the Chinese mobile internet.

This movement from discovery to implementation marks a significant shift in A.I.’s center of gravity — away from the United States and toward China. The age of discovery relied heavily on innovation coming out of the United States, which excels at visionary research and moonshot projects. The country’s freewheeling intellectual environment, unparalleled
network of research universities and traditional openness to immigrants (such as myself ) have for decades made it an incubator for big ideas in A.I.

A.I. implementation, however, plays to a different set of strengths, many of which are manifested in China: abundant data, a hypercompetitive business landscape and a government that actively adapts public infrastructure with A.I. in mind. China also excels at turning an abstract scientific breakthrough into thousands of useful and commercially viable products. This process, which is far more challenging than most researchers acknowledge, has driven the market capitalization of many Chinese tech companies far beyond that of the American peers they were once accused of “copying.”

Analysts in the West often acknowledge the areas in which China has an advantage in A.I., but they tend to misunderstand the nature of China’s strength in each one. With regard to China’s abundant data, analysts often point to the sheer size of China’s population (which owns 1.1 billion mobile internet devices) and claim that lax privacy laws allow a free-for-all with user data. But China’s core data advantage lies not just in breadth (the number of users) and access (the amount of data that users contribute) but also in the depth of data on each user — the real-world activities of Chinese people that are captured in a digital format useful to an A.I. algorithm.

For instance, Chinese consumers regularly use apps like WeChat to do an astonishing range of real-world things: buy groceries, book doctor’s appointments, manage their electricity and water utilities, take out microloans. Chinese people make up 68 percent of global demand for bike-sharing and ride-hailing apps. This widespread use of apps in part reflects a “leapfrog effect”: Chinese people never truly adopted credit cards, so they jumped directly to mobile payments; Chinese hospitals never had extensive traditional systems for booking patients, so they are jumping straight to smartphone apps; and so on.

What emerges from these enormous data flows is a multidimensional picture of each Chinese user, which allows A.I. companies to better tailor their services. Silicon Valley companies are working on similar products, but the data at their disposal is largely limited to online activities: Google searches, YouTube views, Amazon purchases and Facebook likes.

With regard to its competitive business ecosystem for A.I., China’s advantage is frequently mischaracterized by Western analysts who view Chinese technology as built largely on intellectual property theft. This misunderstanding reflects a difference in cultural attitudes over a perfectly legal form of copying: imitating a successful business model and then
tweaking it.

In Silicon Valley, there is substantial stigma attached to imitating the business models or features of other companies. Doing so violates the “think different” ethos associated with innovators like Steve Jobs. The result is that pioneers often go unchallenged for long periods, allowed to dominate the industry even though they don’t explore or exploit all of their technology’s possibilities.

In contrast, Chinese entrepreneurs have few qualms about imitating what works. Once a concept is proved to have traction, dozens or even hundreds of other companies rush into the industry, setting off a ferocious fight for survival. The result is analogous to natural selection in evolution: All the companies start from the same branch on the family tree, but
they make mutations in their product or business model to gain an edge. The companies with tweaked products that work well survive and grow, while businesses that are slow to adapt perish.

You can see this clearly in how the sharing economy developed in China. After companies like Uber and DiDi proved the viability of ride sharing, China’s start-up world tried out every possible iteration of it: shared basketballs, shared umbrellas, shared bicycles, shared mobile phone chargers. Most of these efforts died quickly, but those that survived —
including a handful of the strongest shared-bike start-ups — turned into multibillion-dollar companies and revolutionized urban transport in just a couple of years.

Finally, there is the question of the Chinese government’s support of A.I. In the simplistic story often told in the United States, Chinese bureaucrats in the central government pick winners among the companies, load them up with enormous subsidies and then protect them from foreign competition. But this account fundamentally misunderstands how the
Chinese government is encouraging A.I. implementation.

The Chinese government understands that as A.I. moves from affecting the purely digital world to the physical one, public infrastructure and institutions will have to change. If we want autonomous cars to reduce accidents, we may need to embed sensors in our roads. If we want A.I.-powered diagnosis to spot cancer earlier, we may need hospital administrators to develop data-sharing agreements that protect privacy while also allowing research to be conducted. These are decisions that entail a degree of risk for public actors, particularly in a highly combative political environment where every misstep becomes fodder for the opposition.

In declaring A.I. to be a top national priority, Beijing has sent a signal to local officials that they will be rewarded for fostering this kind of A.I. infrastructure. The Chinese model isn’t based on top-down orders or limitless subsidies; it’s based on encouraging local officials to make the changes needed in their area so that private A.I. companies can develop
products that can actually be used.

Geopolitics Between US and China on AI Shaping Up as “Algorithmic...

Ethics Forum at Harvard Points to Urgency of AI and Ethics...