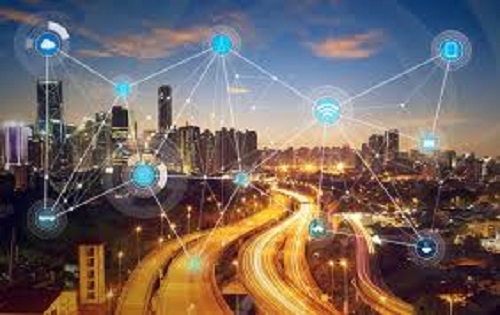 Imagine being CIO or CTO of a large city: lots of departments and city leaders need your assistance, citizens are demanding faster and easier access to resources, up time is crucial, and you’re tasked with enabling higher levels of efficiency and better decision-making through emerging technology. Mistakes and outages don’t just pose a financial or reputational risk; they might also cause fatality.

In fact, some city CIOs and CTOs don’t really like the term, “smart city” because it sounds more like a destination than a journey. Moreover, individual cities tend to be smart in different ways simply because their priorities differ.

Oakland is addressing the digital divide

City of Oakland CIO Andrew Peterson assumed his role two years ago with the goal of making a difference for the under served. As an example, a person needing housing assistance needed to go to city hall and fill out an application just to get an appointment for another time. In many cases, those people have transportation challenges, financial challenges and childcare challenges.

“We thought it would be impactful to digitize some of these services in different modalities from a mobile phone to a tablet to a desktop to make the services more accessible,” said Peterson.

Oakland isn’t pursuing a smart city strategy presently per se. Instead, it’s doing remedial things to get into a position where it can move forward technologically. The IT staff was reduced from 120 to 40 before Peterson was hired. Meanwhile, the city stopped spending money on systems. However, the situation is improving as Peterson’s team demonstrates the viability of new alternatives.

In addition to digitizing housing assistance services, Peterson’s team worked with the planning department to create a digital inbox for architects and developers. In addition, citizens can now file an anonymous complaint against the police department, including pictures and video. Moving forward, Oakland intends to explore the use IoT devices for edge analytics and to provide public WiFi.

“Kids in disadvantaged areas don’t have 100-megabit broadband, so they’re sitting in Starbucks or sitting outside somewhere they can get a signal, but what can we as a city do to chip away at that divide?” said Peterson. “We can use these same smart IoT devices to do some level of wireless broadband in these communities for free so the children can get their homework done.”

Peterson is also thinking about the impact autonomous vehicles will bring about. Meanwhile, Oakland recently finished a master fiber plan and it’s working on a small 5G project.

“We as a city need to think about how we can use technology to fulfill some of these lofty goals of race inequity and digital inclusion,” said Peterson, “We can’t do it by talking about it or throwing money and manual labor at it. We need to use technology to make these things happen.”

To speed buy-in, he advocates showing people prototypes and getting quick wins.

“You need quick wins. When you come in from the outside and you’re not in public service, you must prove yourself and quick wins help you do that,” said Peterson. “Get a quick win, and another one and suddenly people believe you can do it. Then, they’re coming to you.”

Atlanta has experienced a large urban population increase from visitors and businesses relocating to the area. Its goal is to improve the quality of life of its citizens by improving mobility and public safety as well as ensuring that what the city puts in place is sustainable.

“We want to put in services that they are equitable across the board,” said Gary Brantley, CIO of the City of Atlanta. “We don’t want these services to just benefit those who are affluent or middle class, we want the entire city to take advantage of the solutions we put in.”

Like Oakland, Atlanta has been building out its fiber infrastructure. The city also has a lot of edge devices in place that enable edge analytics. The edge analytics will enable the city to improve living conditions, policing and security.

Atlanta also has a smart corridor in place to improve traffic safety, environmental health and traffic congestion. Like Las Vegas, the IoT devices enable traffic signals to adapt to dynamically and bidirectional communication between cars and infrastructure has been enabled. Brantley said Atlanta has “dabbled” with autonomous vehicles.

Meanwhile, Atlanta has moved everything relating to finance and HR to Oracle Cloud. It has done similar things with Microsoft Azure.

“People think the cloud is safe, but there are a lot of integration points you have to be aware of,” said Brantley. “Every initiative you put in place has to have a security strategy around it.”

He also said oversight and governance are critical.

The Citizen’s Perspective on the Use of AI in Government: Cautious...