Scientists are exploring the use of AI to improve air quality with systems that can detect infinitesimally small particles in the air.

A team at Loughborough University in England is focused on detecting ‘PM2.5’ particulates in the air, particles with a diameter of 2.5 micrometres, which is more than 100 times thinner than a human hair. Such fine particles can travel into the respiratory tract, penetrate deep into the lungs, and even enter the bloodstream.

In 2013, a study involving 312,944 people in nine European countries revealed that there was no safe level of particulates. PM2.5 particulates were found to be particularly deadly, blamed for a 36% increase in lung cancer according to a recent account in Engineering & Technology. Worldwide exposure to PM2.5 contributed to 4.1 million deaths from heart disease and stroke, lung cancer, chronic lung disease, and respiratory infections in 2016.

The innovation of the system built by the Loughborough researchers is the ability to predict PM2.5 levels in advance, from one to several hours, and one to two days ahead. The system interprets a range of factors and data used for prediction, leading to a better understanding of weather, seasonal and environmental factors that can impact PM2.5 levels in the air. It also has the capability to be used as an air pollution analysis tool for use in a carbon credit trading system.

The Loughborough team created the system with AI machine learning with training for the algorithms based on public historical data on air pollution in Beijing. China was selected as the focus because 145 of 161 Chinese cities have serious air pollution problems.

The developed system will now be tested on live data captured by sensors deployed in Shenzhen, China.

He added, “We hope this research will help lead to cleaner air for the community and improve people’s health in the future.”

A number of the new monitoring stations have been deployed in Delhi, which has provided a needed source of air pollution data, to which AI can be applied to further track and predict the growth and reduction of air pollution.

The startup community is seeing opportunity in the application of AI to the management of air quality. Startup AirVisual was founded in 2015 by French entrepreneur Yann Boquillod, to apply AI and sensor technology to monitor air quality. The company was acquired in 2017 by Swiss air quality company IQAir and is based in Beijing, where it maintains air quality data from around the world.

In a recent interview with Veolia Institute Review, Boquillod outlined his reasons for founding the company and described where it stands today. He founded the company soon after moving to China. “I wanted to use my understanding of big data and artificial intelligence to address the problem of air quality,” he stated. “With my business partner, we decided to set up AirVisual in China because the local logistics and supply chains provide a real advantage compared to alternative locations. Also, the speed of project development in China allowed us to grow our company very quickly.”

At the time, systems to monitor air quality were expensive, costing $30,000 to $50,000 for outdoor air; nothing was available to monitor indoor air. AirVisual devised small sensors, first called “Nodes” and now known as AirVisual Pro. The sensors measure fine particles which have health impacts, the concentration of CO2 to assess the ventilation in enclosed space, and temperature and humidity data.

AirVisual Pro is a portable personal device that uses a laser to count the number of particle-related interruptions in a stream of air directed by a tiny fan. The apparatus measures up to six pollutants present in the air. The data is sent to the cloud for analysis by an AI system, and remediation is a function of the results. Instructions are then sent directly to connected purification and ventilation systems, providing for proactive management of indoor air quality.

For the outdoors, the company is maintaining AirVisual Earth, an interactive map that cross-references official data from each country’s air quality measurement services, to produce a global image of particle pollution. “Our goal is to equip the planet with an extensive network of sensors to create a real-time global pollution map with as much granularity as possible,” Boquillod stated.

Where data is hard to access, such as in vast uninhabited regions, and in parts of the world where sensors and public data do not exist, the company uses satellite images and meteorological forecasts to model fine particle concentrations.

Read the source articles in Engineering & Technology, a report by Greenpeace, an account in YourStory and in Veolia Institute Review. 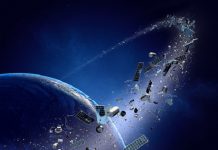