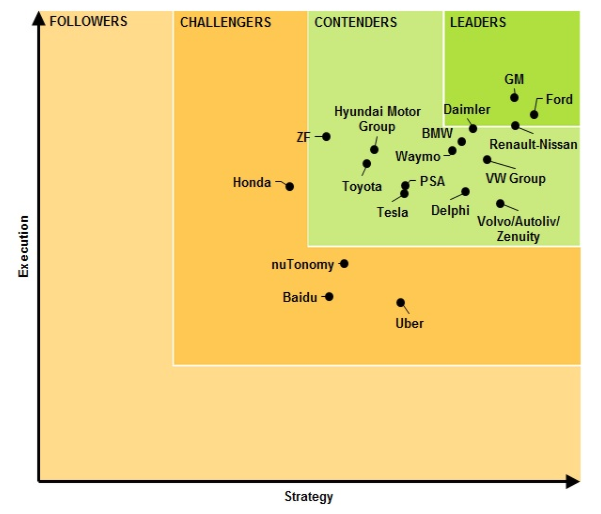 Suppose you were asked to rank the presidents of the United States. Who is your top pick? Maybe Abraham Lincoln or perhaps George Washington? Those seem like reasonable choices. Popular and known for having accomplished various outstanding acts as president, both Lincoln and Washington would seem like valid selections and consistently appear on the topmost rankings. If you suddenly saw a ranking that listed Jimmy Carter as the top president of all time, what would you think? Surprising, maybe even causing you to raise your eyebrows in partial disbelief.  What about if a ranking indicated that William Henry Harrison was the topmost ranked president of all time? Shocking, perhaps? Most Americans don’t even recognize Harrison’s name as having been a president at all and would be puzzled that Harrison made it to the top of any ranking.

A ranking can be established in whatever manner desired. When I asked just now for your top pick of presidents, you probably assumed that I meant “top” as based on maybe popularity or notable accomplishments. I could have been using some other criteria.  If I were ranking them by shortest time served in the presidential office, William Henry Harrison would come out at the top of the list because he only served for 31 days as president. I could have ranked the presidents by their height, in which case Lincoln happens to be the topmost of the ranking due to his have been six feet plus in height, and would be followed closely by Lyndon Johnson.

Using just one criteria for a ranking is a commonly preferred method, especially since it is easy to comprehend and simple to do the ranking. Unfortunately, one criterium alone often does not tell the whole story and provides a misleading ranking.  For example, ranking the presidents by their length of time in office or by their height is not very illuminating per se. So, rankings will shift toward multiple criteria, such as for a president it might be attributes of their economic achievements while in office, and their administrative skills, their relations with Congress during their presidency, and so on.

Why all this focus on presidential rankings? I just wanted to get you ready for a recent ranking of self-driving car makers and prepare you to be somewhat shocked, but also ready for the surprising rank order. The moment you hear or see a ranking of self-driving car makers, I hope that you’ll be of a mind to question how the ranking was undertaken. Was it done with one criteria or more than one? How were the criteria chosen? Were the criteria appropriate for doing a ranking? Etc.

Here’s a recent ranking of Top 10 self-driving car makers (as derived by a research company called Navigant Research, shown above):

Take a close look at the Top 10 ranking.  Where is Google Waymo on the ranking? At seventh position (oddly enough; plus also tied with Volvo at 7th), far below firms such as Ford, GM, and others. Given that Google Waymo has been pursuing self-driving car technology for many years, and that it is considered a bold and vested developer of self-driving capabilities, it is a bellwether of AI advances, and has by far the most miles logged of self-driving cars (2 million or more miles), it is a bit shocking to see it listed toward the bottom of the Top 10 ranking.  In fact, it would be shocking to see it toward the bottom of any Top 10 ranking about self-driving cars, no matter what criteria you might reasonably choose.

Take another even closer look at the Top 10 ranking. Tell me where Tesla sits on the ranking. Don’t see it. Yes, that’s right, it is not even listed in the Top 10. They placed Tesla outside the Top 10, noting Tesla as being in 12thposition. Meanwhile, in the news, there has been a recent rise in Tesla stock and led it to become the most valuable U.S. automaker. Ford, which is ranked at the top of this Top 10 list, now has been surpassed in market value by Tesla, which of course this ranking didn’t even put Tesla into the Top 10 at all.

Admittedly, as a car maker overall, regardless of self-driving cars, Ford last year made $4.6 billion and produced 6.7 million vehicles, while Tesla lost $675 million last year and sold about 77,000 cars. By those statistics, it does seem odd that Tesla would have a larger market share than Ford.  The marketplace is reacting not solely to the numbers of how each firm performs, but also to what the firm represents for the future. Right or wrong, the marketplace perceives the Tesla as being worth more than Ford. Surveys suggest that it is because Tesla is perceived as nimble, futuristic, and breaking outside the boundaries of conventional car makers. Ford tends to be perceived as stodgy, stuck in old ways, and unlikely to be able to adjust to changing times.

Let’s get back to the self-driving car ranking. Why did the research company place Ford at the top of the list, and put Google Waymo in seventh place, and not even put Tesla into the Top 10? Notably too, Uber is not on the list either (it was ranked in 16th place).

According to the research firm, these are the criteria they used to do the ranking:

They claim to have used a proprietary methodology to weigh and combine those criteria, so we don’t really know whether any particular criteria got more or less of a punch in doing this ranking.

In terms of Tesla, they reported that it is worrisome whether Tesla has staying power (criteria #10), given that it keeps losing money and might eventually fold. This certainly is a valid reason to be skeptical of Tesla’s long-term viability, and especially as a self-driving car maker it might fall apart entirely as an automotive company, regardless of how well it advances self-driving cars. The research firm also questioned Elon Musk’s insistence that LIDAR is not needed for achieving self-driving cars (see my piece on LIDAR for my remarks on this topic).  Some believe that LIDAR is the only way to arrive at true self-driving cars (presumably encompassed by their criteria #5), and so the longer that Tesla avoids using LIDAR the further it will ultimately fall behind in terms of getting toward a true Level-5 self-driving car, some assert.

The explanation about Tesla almost makes sense as to why Tesla is not ranked highly, but it still is a shocker to think that it doesn’t make even the Top 10.  Several of the companies listed in the positions of 5 through 10 are not especially far along on self-driving cars, and are little known in the self-driving car marketplace. Those car makers are certainly known for making cars, and have histories to support their earnest commitment to the automotive industry, but it still catches one’s throat to think of them as higher in self-driving cars than Tesla.

What about Uber? Uber has been beleaguered lately of all sorts of company crises and seems to be digging a hole on public perception. It also continues to lose money. According to the research firm, Uber is a duck out of water in that though it has a great ride hailing app, it has no automotive background and experience, it lacks entirely any manufacturing capacity for cars, and it doesn’t even sell and market cars.  Most analysts are worried that Uber will get caught with a massive fleet of human drivers and become outdated once self-driving cars emerge. Uber itself recognizes this potential danger, and in a recent lawsuit that it is fighting, Uber said in court that the ability to pursue the development of self-driving cars is key to the future viability of the firm (see my piece about self-driving car lawsuits).

The lowly rankings for Tesla and Uber appear to be logical and understandable, once you dig into the details. The ranking of Google Waymo is harder to grasp. Ranking Google Waymo as seventh place is like putting the most winning horse to-date going into the Kentucky Derby race as being toward the bottom of the pack. According to the research firm, they ranked Google’s efforts low because they are not a car maker. Well, yes, that’s kind of obvious, and I think we all know that Google is not a car maker. They have tremendous technology and are an innovator. I doubt that anyone has envisioned Google suddenly deciding to start making cars. Instead, we would expect that Google will license or sell their technology, and get into bed with someone else to make self-driving cars that employ Google’s tech.

Indeed, we are likely to see each car maker making deals with self-driving car innovators. For example, Ford put $150 million with Baidu for investing in Velodyne, a prominent maker of LIDAR. Ford has put $1 billion into self-driving tech firm Argo AI, a startup. Ford has taken a position in Civil Maps, a 3D mapping company. And so on. No one company is going to win the entire self-driving car race. We are going to end-up with lots of interrelated companies all intersecting with each other.  We are also going to have lots of promises about when self-driving cars are going to be on-the-road, such as Ford’s CEO claiming that they will roll-out a Level-4 car by the year 2021.

Besides having numerous partnerships, alliances, licensing deals, and the like, we are also going to see added players come into the mix.

By the way, Apple wasn’t even in the list of 18 firms chosen to be ranked by the research firm. This illustrates how fluid the self-driving car market continues to be. The research firm acknowledged in their report that the market will be changing over the years.  We’ll see new players pop-in and others drop out. GM, ranked in the #2 position by the research firm, recently pledged to hire over 1,000 workers in California to bolster their efforts toward self-driving cars, boosting their autonomous vehicle division that is located in the Silicon Valley area of California (this was part of a deal GM made with California to get tax credits).

Next time you see a ranking of a self-driving car makers, consider what criteria was used to rank the players. In this case, we saw a ranking that caused quite a media stir, giving new hope to the old-time car makers, and putting the darlings of self-driving cars down in the dumps. This shock value helped the research firm to get its fifteen minutes of fame. It also provides an opportunity to go beyond the usual headlines that typically have Google, Tesla, and Uber in the news about self-driving cars.  Whether you agree or not with the criteria used in this particular ranking, it is handy to consider what criteria you should be using.  Just like ranking presidents, we all have our own preferences and it is important to be skeptical of any ranking and the bias it has adopted by selecting particular criteria.  If you are wondering whether I’ll tell you my top ranked president, or my top ranked self-driving car company, sorry, for that you’ll need to pay me to get my opinion. Remember, it’s a gold rush for all.