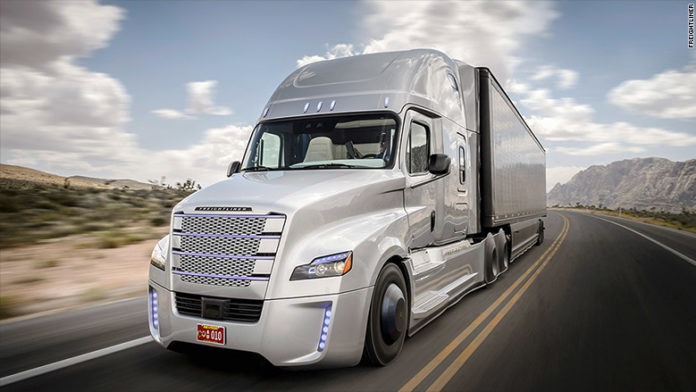 By Dr. Lance B. Eliot is the AI Insider for AI Trends

Let’s suppose I tell you that I am going to make a person disappear before your very eyes. That would be quite a magic trick. But, suppose I then say that the person needs to get into this box that I have conveniently placed onto a stage. Well, Okay, that sounds interesting, though it isn’t quite the same as having the person just suddenly vanish while standing directly in front of you.  Then, I tell you that the person will get into the box and I need to drape a curtain over the box. Then I tell you that you must stand back and cannot inspect the box and nor peek behind the curtain.  All in all, I have gone from claiming I could make a person disappear to now having so many qualifications and restrictions that the trick seems a lot less impressive than my original proclamation.

That’s exactly what is happening with the various miraculous claims about fully self-driving trucks and cars.

How so? Well, let me take you behind the curtain so you can see how the magic is performed for recent self-driving truck and car headline stories. You’ll be somewhat dismayed that recent road trips by so-called fully self-driving trucks and cars are really being done via a bunch of smoke and mirrors. I don’t want to seem overly critical about this, but at the same time these efforts to mislead the public and the media are a dual edged sword. On the one hand, it creates rapt attention to the advent of self-driving vehicles and gives us all an exciting jolt about the future. At the same time, it over-inflates what is currently possible and confuses the true status of self-driving and AI capabilities.

You might recall that in October of last year, an alleged self-driving truck drove one hundred twenty miles across Colorado on their Interstate 25 and delivered 51,744 cans of Budweiser to its destination. This has been touted as the first commercial delivery by use of a fully self-driving truck. The human truck driver was shown sitting in the back cab of the truck and decidedly far away from the driving controls of the truck. They didn’t show him drinking any of the 51,744 cans of beer (though, maybe only 51,740 cans of beer made it to the destination, if you get my drift), though they did show him reading the newspaper and otherwise not particularly paying attention to the road. Overall, this was a pretty big splash on headlines across the U.S. and the globe. The future is here. Self-driving trucks are now on the roads and about to take over from all those roughshod truck drivers we see in movies and TV shows.

If you had dug into the particulars about this miracle, you would have noticed the use of hidden smoke and mirrors. Don’t read the rest of this piece if you are type that doesn’t like spoilers. I am the proverbial magician about to explain how the magic trick was done.  Just hope that I don’t lose my vaunted magicians license.

Second, it gets worse in that they tried to keep the driving route exactly the same so that when the self-driving AI system took over there weren’t any variants on what it had already seen. How many times have you had a long driving journey that required you to take an alternate route because of an accident on the roadway or perhaps construction taking place? It happens all the time, especially on cross country truck driving.  In this case of the Colorado trip, they took great pains to make sure it was as pristine as the first time they did the route.

Third, they had two tow trucks drive the route just before the self-driving truck started on its journey. The purpose of the two trucks was to clear out any stalled vehicles or anything else that would mar the roadway. Really? So apparently, a true self-driving truck or car needs to have idealized roadway conditions? Again, this is just like my earlier indication of making someone disappear before your eyes, but then layering on tons of restrictions and limitations.

Fifth, the self-driving truck did not do any of the local driving, and only hauled the beer while on the open highway. The human truck driver drove the truck from the loading dock onto the highway, having to navigate all the nuances of city streets and city traffic. Similarly, once the self-driving truck got off the highway at the destination location, the human truck driver once again took the controls. I am sorry to say that I do not consider this to be a true self-driving instance.  Indeed, a true self-driving vehicle is defined as a Level 5 which consists of having the AI system do everything and anything that a human driver can do. From the start of the trip to the end of the trip, a true self-driving vehicle is driven by the AI system and there is never a need for a human driver to take over the controls.

In recap, this alleged instance of a self-driving truck that drove miraculously to deliver beer, actually consisted of a self-driving truck that only drove on the open highway, and only when it was cleared beforehand of any kind of obstructions, and only when surrounded by a cocoon of protective human driven vehicles, and did not drive the entire end-to-end trek and did not encounter anything other than what it had already been able to glean by having repeatedly driven the route beforehand.

Ouch! I almost feel like this is the famous case of cold nuclear fusion in a jar. Back in the late 1980s, some physicists claimed they could generate nuclear fusion in a jar at room temperatures. The world became ecstatic that inexpensive nuclear energy could be harnessed and so readily made available. Imagine the possibilities and how this would impact society. Ultimately, no one could replicate their claims. It became known as a case of scientific wishful thinking.

The recent spate of road trips with self-driving trucks and cars are very much the same kind of scientific wishful thinking. Those self-driving trucks and cars that we see in glossy videos are not really at the true Level 5 as yet. I believe firmly that we will get there. But we are not there yet, and we still have quite a distance to go. I appreciate that these stunts are helping to spur money and attention toward gaining progress on true self-driving capabilities.  At the same time, I urge us to all carefully look behind the curtain so that we do not get lulled into believing that these capabilities are here when they are not yet here. The next time you see some kind of self-driving truck or car demonstration, don’t let them keep you away from the stage, and instead get up into the magical wizardry and make sure that what you are seeing is more than just smoke and mirrors.

I realize it is considered the unspoken ethics of all magicians to not reveal their secrets, but this is a case where I felt the public good outweighed my staying mum on how these seemingly impressive tricks are being performed. I hope to soon be able to say that I saw a self-driving truck or car that did its magic without resorting to any magical trickery. I’ll let you know when that happens. Presto!