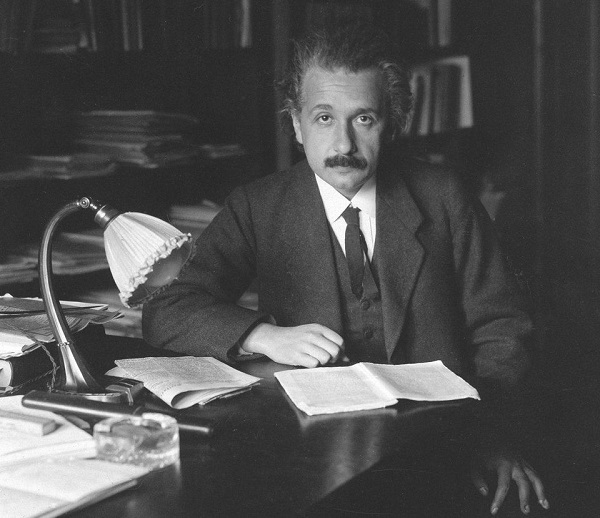 At the dawn of the 20th century, there were a number of crises in physics. Radiating objects like stars emitted a finite, well-defined amount of energy at every wavelength, defying the best predictions of the day. Newton’s laws of motion broke down and failed when objects approached the speed of light. And where gravitational fields were the strongest, such as closest to our Sun, everything from planetary motion to the bending of starlight differed from the predictions of the universal law of gravitation. Scientists responded by developing quantum mechanics and General Relativity, which revolutionized our Universe. Names like Planck, Einstein, Heisenberg, Schrodinger, Dirac and more are often hailed as the greatest scientific geniuses of our times as a result. No doubt, they solved some incredibly complex problems, and did so brilliantly. But artificial intelligence, quite possibly, could have done even better.

Einstein wouldn’t have liked that idea. When he was reflecting on his greatest discoveries in a book he wrote in 1931, he stated the following:

“At times I feel certain I am right while not knowing the reason. When the eclipse of 1919 confirmed my intuition, I was not in the least surprised. In fact, I would have been astonished had it turned out otherwise. Imagination is more important than knowledge. For knowledge is limited, whereas imagination embraces the entire world, stimulating progress, giving birth to evolution. It is, strictly speaking, a real factor in scientific research.”

The human brain seems to be wired to conceive of cross-disciplinary connections that enable us to advance in critical ways at critical moments. The scientific breakthrough — those “eureka” moments — have always seemed to be a uniquely human achievement. But perhaps that’s not true any longer.

There are some things that machines are better at than humans. The number of calculations a machine can perform, along with the speed it can perform them, vastly outstrips what even the most brilliant geniuses among us can do. Computer programs have, for many decades now, been able to solve computationally intensive problems that humans cannot. This isn’t just for brute force problems like calculating ever-more digits of π, but for sophisticated ones that were once unimaginable for a machine.

No top human has defeated a top computer program at chess in over a decade. The technology that Apple’s Siri is based on grew out of a DARPA-funded computer project that could have predicted 9/11. Fully-autonomous vehicles are on track to replace human-driven cars within the next generation. In every case, problems that were once thought best-tackled by a human mind are giving way to an AI that can do the job better.

Artificial intelligence isn’t simply a computer program where you tell it what to do and it does it; instead, it can learn and adapt on its own. It can, at an advanced enough level, write its own code. We see applications of this coming to life in the fields of computer vision, language translation, and autonomous robots. But in the sciences, we see new papers coming out all the time taking advantage of what artificial intelligence can do that humans can’t. Planets that are lurking in the NASA Kepler data have been found by AI where human-programmed techniques have missed them. Machine learning has constrained new physics that may have arisen at the Large Hadron Collider. It makes one wonder whether there are any problems at all that are uniquely suited to humans, or whether artificial intelligence can eventually solve anything as-good-or-better that a human can.

That very idea is the topic of this evening’s public lecture at the Perimeter Institute, given by Roger Melko. In many ways, the quantum wavefunction that describes any physical scenario, from a free particle to an atom to an ion to a molecule to a many-body system, is the ultimate “big data” problem. AI has already been successfully applied to a number of scientific problems and fields, including error-correction algorithms, tensor networks, searching for new states of quantum matter, and so on. Where AI can be applied, it not only changes and magnifies what we can learn from the data, it also delivers novel predictions, oftentimes that no human mind has ever thought of. If AI can spark new ideas in fundamental research, is that any different from Einstein’s definition of “imagination” and how valuable it is?

If we had AI a century ago, it’s arguable that computers, not humans, could have developed quantum mechanics and relativity. What will we learn with the advent of artificial intelligence and machine learning in the 21st century?

Red the source article in Forbes.