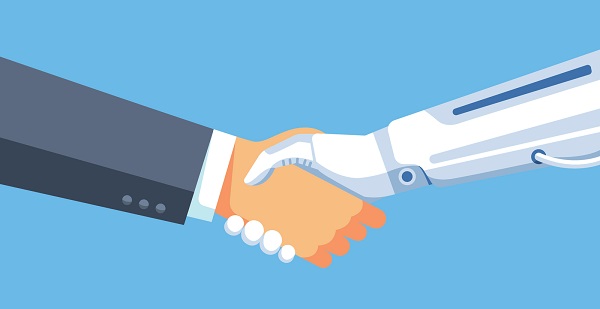 Without standards, we can’t build very complex things. While competition is decried by every business program as the driver of diversity and opportunity, it’s actually cooperation that allows us to drive complexity. Without cooperating on standards, we wouldn’t be able to support innovation, as every company would have to recreate every system for themselves — or support every variation in existence.

For example, in North America, it’s the 110V alternating current home power standard, with its characteristic plug, that actually enables innovation in home appliances and consumer electronics. It’s bad enough that manufacturers have to support a few, differing power standards and plug shapes worldwide in order to make things. Imagine if they had to support hundreds of differing specifications across the same geography. You wouldn’t have specialized appliances and a diversity of stereos because manufacturers wouldn’t have the capital to develop all of the variations. We would have far less complexity and innovation.

This is why standards are important. We can’t compete by building more interesting and more sophisticated solutions and services if we have to support an exhaustive variety of variations in deployments. And, it puts a few companies large enough to try, in a tremendously powerful position to reap all of the rewards and stifle competition.

Standards support a modern, technologically-enriched lifestyle. Drive a car and you’re anticipating a standard level of functionality and behavior. In most of the world, everyone drives on the right side of the road, so it’s easy for automakers of all kinds to produce a bigger variety of cars with more options and opportunities to customize. Developing Android apps is much more difficult and costly than developing iOS apps since the plethora of hardware and software variations quickly gets unmanageable. Make a mobile phone call and, behind the scenes, a set of standards including GSM, CDMA and TDMA ensures your call goes to the right number. The same is true of texts with SMS, MIME, and MMS. Without standards we’d have little technical innovation or safety. When it comes to the design of bots and smart payment systems on blockchain, standards are crucial to developing trust, innovating sophisticated solutions, and laying the foundation for an industry that will be worth billions.

Without a standard like HTML and the work of the people behind the standards-setting World Wide Web Consortium, there would be no Web. HTML and open standards allow people to collaborate. Working with people is more productive than working against them.

With standards based on open source, we can all benefit, share our contributions, and share the rewards. But, before we get there, specifications must first be agreed upon. Consensus needs to be built. A standard allows that.

To use the metaphor of an electrical utility, your local electric company has built a networked infrastructure to generate, deliver, and meter the electricity you use. While the grid is proprietary, the utility has open-sourced the edge of their network. The points where they interface with electricity — the plugs, cords, outlets, and light sockets, the wiring in your walls — it’s all standardized. Buy a light bulb from any manufacturer, and you know it will fit the light socket in your home without blowing it up or burning it down. The fact that there are agreed-upon standards allows an economy of electrical appliances and services to be built around the utility of electricity and extend its functionality and value. Few would bemoan the lack of competition at such a low-level (different electrical companies generating different types of electricity) of service and most would prefer the competition at these higher levels of appliances and solutions.

By specifying the standards around the bot economy, Seed Vault is helping to build an economy of shared value and compensation.

At the same time, we can address ethical standards to guarantee that no one gets hurt by bots, and that bots are used for the purposes they are intended. Why is that important? For only one example, consider that with every new election, we’re just beginning to get our minds around how bots have skewed elections in the USA and around the world. We need to be able to trust the bots we interact with — and know when we’re interacting with them.

Standards allow expectations to be met. This allows people to maintain control, and gets us back to a fair and trustworthy society. We’ve seen how automation scales-up the means of communication (and miscommunication) on platforms like Facebook and Twitter.

We believe that standards shouldn’t say what is right or wrong. Customers, constituents, and citizens should determine that. At the same time, different types of bots will adhere to different levels of standardization. A healthcare bot, for example, will naturally use more standards (and be more regulated) than a cooking bot.

Inside the Seed Token, we’re building licensing terms into its components. A bot will declare what its intended for. In other words, if you have a bot that makes avocado recipes, for example, it shouldn’t be used to diagnose mental illness, or collect personal information about your location. That’s a bad bot. It is definitively bad, not because of prohibited content or actions but because it violates its intended and declared function.

Read the source post on the Seed Token blog.