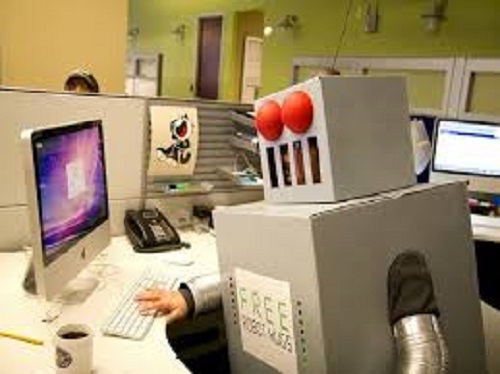 AI World 2017 Boston — If we compare the application of artificial intelligence (AI) in the enterprise to the history of computer innovation, we’re running about 60 years behind.

Austin compared the current state of AI application developments to the year 1958 in the evolution of computers.

“We’re in a great period of promise but great turbulence as well,” he said. “You might get me to bump up to (1964) with the emergence of the IBM System/360.”

Austin’s thesis: AI in the enterprise exists, sure. But don’t fall for the AI hype, he warned.

AI Has a Long Way to Go

Why is AI application development stuck 59 years ago?

In 1958, people using computers had to provide their own sorting capabilities. No system provided sort, Austin said. Further, there were a lack standards, a dearth of off-the-shelf applications, bespoke solutions, few engineering cookbooks and a high risk factor with few, if any, safety systems.

“We didn’t have software vendors until the early ’80s,” Austin said. “We do have have some application vendors today in AI. The production applications that have rolled out to use AI today are focused on one area: customer-facing applications. And that’s where you’ll find a lot of activity and interest …. So it feels like 1958 all over again in terms of maturity and we have a long way to go …. Look at all the progress we had to make in computers to get to where we are today.”

Austin said the science behind AI has been impressive. The actual application of it? Not so much yet.

He backed that with numbers by Gartner. The research firm interviewed more than 3,806 CIOs around the world about the application of AI in their companies. Austin shared those numbers in advance of the report’s scheduled release in the new year. The company found only 4 percent of respondents had at least one AI-based application in production mode. Another 4 percent claimed they were in the process of putting them in place.

“So we’re not there,” Austin said. “You shouldn’t be disappointed by that. We have a long way to go.”

Both Google and Microsoft (and Amazon, we found) have recently announced the availability of AI consulting services, Austin said. “Why?” he asked. “Because the applications aren’t there. And so we need five generations of applications potentially to get where we think we need to be.”