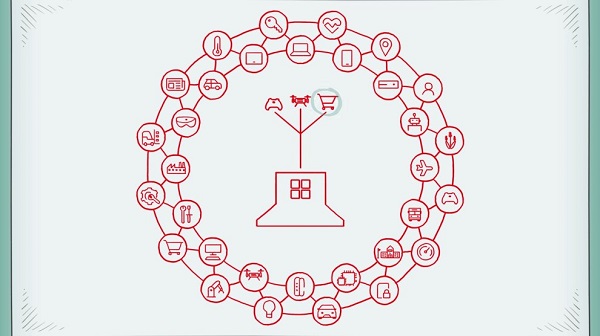 At its Build developer conference this week, Microsoft is putting a lot of emphasis on artificial intelligence and edge computing. To a large degree, that means bringing many of the existing Azure services to machines that sit at the edge, no matter whether that’s a large industrial machine in a warehouse or a remote oil-drilling platform. The service that brings all of this together is Azure IoT Edge, which is getting quite a few updates today. IoT Edge is a collection of tools that brings AI, Azure services and custom apps to IoT devices.

Microsoft announced that Azure IoT Edge, which sits on top of Microsoft’s IoT Hub service, is now getting support for Microsoft’s Cognitive Services APIs, for example, as well as support for Event Grid and Kubernetes containers. In addition, Microsoft is also open sourcing the Azure IoT Edge runtime, which will allow developers to customize their edge deployments as needed.

The highlight here is support for Cognitive Services for edge deployments. Right now, this is a bit of a limited service as it actually only supports the Custom Vision service, but over time, the company plans to bring other Cognitive Services to the edge as well. The appeal of this service is pretty obvious, too, as it will allow industrial equipment or even drones to use these machine learning models without internet connectivity so they can take action even when they are offline.

As far as AI goes, Microsoft also announced that it will bring its new Brainwave deep neural network acceleration platform for real-time AI to the edge.

The company has also teamed up with Qualcomm to launch an AI developer kit for on-device inferencing on the edge. The focus of the first version of this kit will be on camera-based solutions, which doesn’t come as a major surprise given that Qualcomm recently launched its own vision intelligence platform.

IoT Edge is also getting a number of other updates that don’t directly involve machine learning. Kubernetes support is an obvious one and a smart addition, given that it will allow developers to build Kubernetes clusters that can span both the edge and a more centralized cloud.

The appeal of running Event Grid, Microsoft’s event routing service, at the edge is also pretty obvious, given that it’ll allow developers to connect services with far lower latency than if all the data had to run through a remote data center.

Other IoT Edge updates include the planned launch of a marketplace that will allow Microsoft partners and developers to share and monetize their edge modules, as well as a new certification program for hardware manufacturers to ensure that their devices are compatible with Microsoft’s platform. IoT Edge, as well as Windows 10 IoT and Azure Machine Learning, will also soon support hardware-accelerated model evaluation with DirextX 12 GPU, which is available in virtually every modern Windows PC.

Read the source article in TechCrunch.

Why Community Engagement is Imperative for AI Success