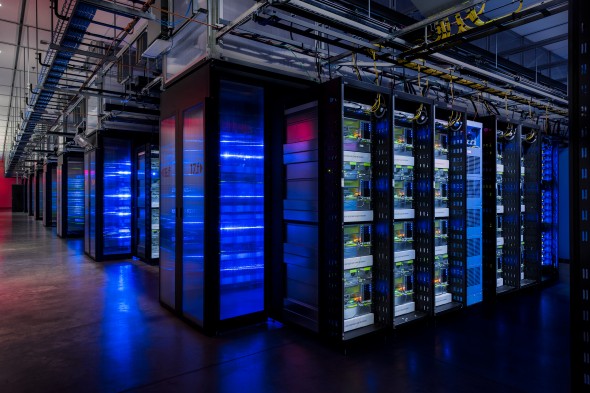 Access Facebook from the western half of North America and there’s a good chance your data will be pulled from a computer cooled by the juniper- and sage-scented air of central Oregon’s high desert.

In the town of Prineville, home to roughly 9,000 people, Facebook stores the data of hundreds of millions more. Rows and rows of computers stand inside four giant buildings totaling nearly 800,000 square feet, precisely aligned to let in the dry and generally cool summer winds that blow in from the northwest. The aisles of stacked servers with blinking blue and green lights make a dull roar as they process logins, likes, and LOLs.

Facebook has lately added some new machines to the mix in Prineville. The company has installed new, high-powered servers designed to speed up efforts to train software to do things like translate posts between languages, be a smarter virtual assistant, or follow written narratives.

What 17 Prominent Roboticists Think Google Should Do With Its Robots