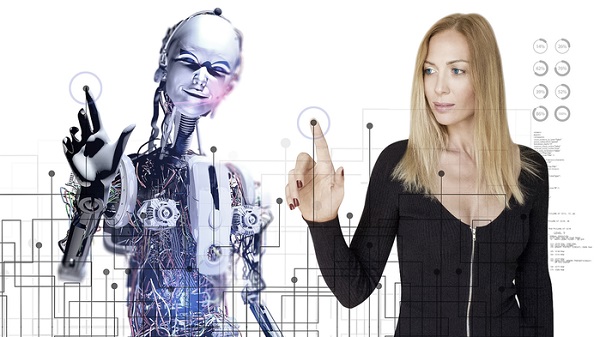 Unpredictable artificial intelligence (AI) doesn’t sound like a good thing. But a new study shows that computers that behave randomly can push us to better coordinate our actions with others and accomplish tasks more quickly. The approach could ease traffic flow, improve corporate strategy, and possibly even tighten marriages.

If you want a project to do well, it’s not enough to have its members get along; they need to share a game plan. One solution is top-down control: A leader or governing body tells everyone what to do. A more counterintuitive idea is to make people randomly deviate from what myopically seems best for them. That could, according to so-called complex system theory, prod the whole system into global alignment. Two people at an impasse in a negotiation might hit on a new solution if one suggests something crazy, for example.

To figure out whether random AI can help people coordinate, Hirokazu Shirado, a sociologist and systems engineer, and Nicholas Christakis, a sociologist and physician, both at Yale University, asked volunteers to play a simple online game. Each person controlled one node among 20 in a network. The nodes were colored green, orange, or purple, and people could change their node color at any time. The goal was for no two adjacent nodes to share the same color, but players could see only their color and the colors of the nodes to which they were connected, so sometimes settling conflicts with neighbors raised unseen conflicts between those neighbors and their neighbors. If the network achieved the goal before the 5-minute time limit was up, all players in the network received extra payment. The researchers recruited 4000 players and placed them in 230 randomly generated networks.

Some of the networks had 20 people controlling the nodes, but others had three of the most central or well-connected nodes already colored in such a way that they fit one of the solutions. (Each network had multiple solutions.) And some of the networks had 17 people and three bots, or simple AI programs, in charge of the nodes. In some networks, the bot-controlled nodes were placed centrally, in some they were placed peripherally, and in some they were placed randomly. The bots also varied in how much noise, or randomness, influenced their choice of node color. In some networks, every 1.5 seconds the bots picked whatever color differed from the greatest number of neighbors—generally a good strategy among people playing the game. In some networks, they followed this strategy, but 10% of the time they would pick randomly. And in some networks, they would pick randomly 30% of the time.

Read the source article at Sciencemag.org.