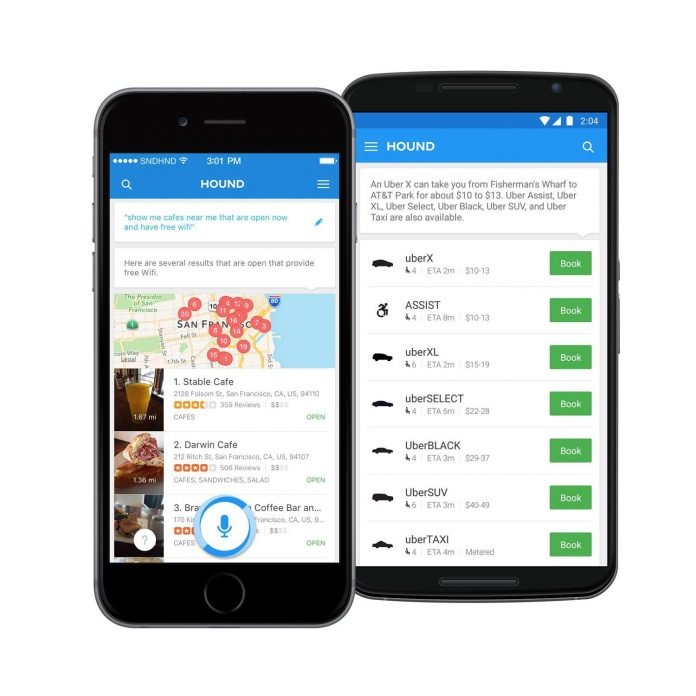 Nearly every one of the world’s largest technology companies is trying to figure out how to let computers understand human speech, but a Santa Clara-based startup may have just cut its way to the top of the field. Hound, as its app is called, is a voice-powered digital assistant. You can talk to it, ask it questions, and have it perform tasks for you. What sets Hound apart is that it’s faster and more capable than anything you’ve ever tried before. It’s available now on iOS and Android.

SoundHound, the company behind Hound, launched the app in beta for Android users last summer, and it’s spent the last eight months improving the service with the help of about 150,000 testers. The company is also launching partnerships with Yelp and Uber today to let Hound users get restaurant information and hail a ride from within the app. Those integrations are nice, but Hound has a tall order: it’s trying to usurp the likes of Apple and Google as the go-to voice interface for smartphones.

Talking to our technology is considered one of the next big leaps in computing. When software has the ability to understand what we’re saying and how we’re saying it, it’ll be able to parse questions and supply answers, perform tasks on our behalf, and transform how we interact with devices. So far that vision hasn’t quite arrived. Apple’s Siri often stumbles on simple requests, while Google Now is a personality-devoid arm of the company’s search engine. Microsoft’s Cortana is trying to be both clever and useful, but it’s virtually nonexistent on mobile phones where we need it most. Amazon’s Alexa is gaining steam in the smart home, but you can’t ask it anything complex.