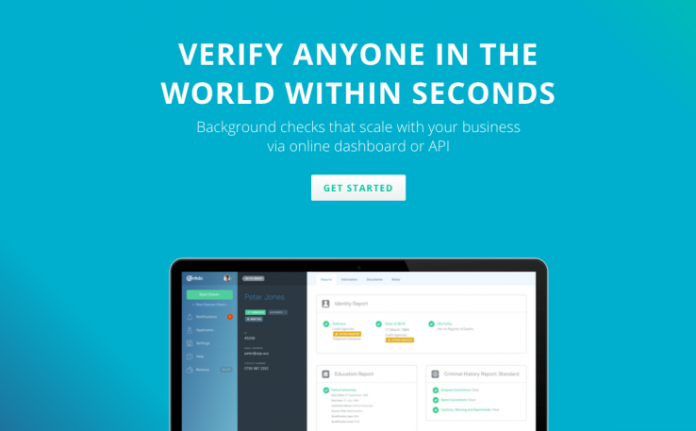 The rise of on-demand startups and other fast-growing businesses like online marketplaces has created a need for reliable ways to verify new hires and customers to make sure they are cut out for the task. Onfido, one of the group of startups building software-based solutions to do just that, has raised $25 million to meet that need.

The Series B round was led by Idinvest Partners, with participation also from existing backers Wellington Partners and CrunchFund (founded by TC founder Michael Arrington), and brings the total raised by the startup to just over $30 million. It’s not disclosing its valuation in this round, but as a marker, its competitor Checkr, which has raised just under $50 million, is valued between $250 million and $300 million.

Onfido plans to use the capital in a couple of different ways. First, to continue expanding its business internationally: originally founded in the UK by three friends from Oxford, Onfido is now focused on the U.S., which co-founder and CEO Husayn Kassai told TechCrunch is currently its biggest market among its 1,000+ customers, who have collectively run 10 million checks through its platform in the U.S., Europe, Latin America and Asia.

It also plans to continue building out its machine learning platform. The company, which offers its service by way of an API to its customers to integrate into their bigger HR systems, now claims to perform basic ID checks in seconds, and is constructed to learn more about fraud patterns to identify quickly when people are trying to hide their backgrounds in more sophisticated ways.

Kassai describes Onfido’s bigger mission as the building of a “trust engine” that can be used not just to verify identity for on-demand startups and others in the business of rapidly hiring contractors, but any business scenario that requires a company to make sure that the people using its platform are legit.