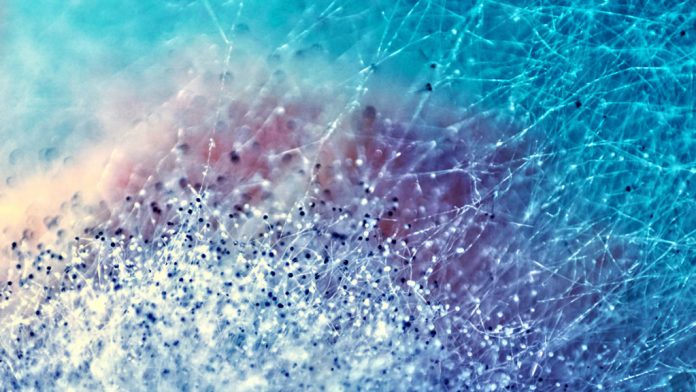 Tribune Publishing, a storied icon of American journalism, recently renamed itself Tronc and released a video to show off a new “content optimization platform,” that Malcolm CasSelle, Tronc’s chief technology officer, claims will be “the key to making our content really valuable to the broadest possible audience” through the use of machine learning.

As a marketing ploy the move clearly failed. Instead of debuting a new, tech-savvy firm that would, in the words of chief digital officer Anne Vasquez, be like “having a tech startup culture meet a legacy corporate culture,” it came off as buzzword-laden and naive. The internet positively erupted with derision.

Yet what I find even more disturbing than the style is the substance. The notion that you can transform a failing media company — or any company in any industry for that matter — by infusing it with data and algorithms is terribly misguided. While technology can certainly improve operational performance, the idea that it can replace a sound strategy is a dangerous delusion.

The Downside of Data

First, let’s take the notion of data-driven content optimization. The basic idea is to mine behavioral data from the company’s web sites as well as external providers to predict what readers will likely want to read. Armed with that knowledge, you can place the right links in front of the right people, get them to click more often and increase readership.

Yet data is no panacea. Our online behavioral data represents but a small fraction of what drives our preferences and news is a fast business, making it very hard — if not impossible — to effectively personalize recommendations. So it is unlikely that content optimization will actually improve user experience.

That’s why content optimization models tend to aggregate data among large subsets of users. By playing the averages, a smart algorithm can increase click rates on websites and social media significantly. This, most probably, is what Vasquez meant when she said that the firm plans “to harness the power of our local journalism, feed it into a funnel, and then optimize it so we reach the biggest global audience possible.”

The problem with this approach is that it tends to result in a feedback loop. Algorithms are not agnostic, but tend to favor certain types of articles over others. Before you know it, you are judging your audience’s preferences on the basis of assumptions you’ve embedded into the system. At that point, you’ve lost editorial control to a data-driven mirage.

A Misunderstanding of Artificial Intelligence

Another troubling aspect is Tronc’s continual use of the terms “machine learning” and “artificial intelligence,” which Vasquez says will allow journalists to automate the more mundane tasks, like searching for photos. Tronc investor Patrick Soon-Shiong also asserts that the technology will allow the company to make thousands of videos a day.

Both statements are surreal. Are we really to believe that the key to the future of media is a Google image search? Or that all we need to wow audiences is to scrape together more videos by automating the process? Even most disheartening, however, is that the focus of these efforts seems to be on the production process—meaning the mechanical aspects of publishing text and image online— rather than helping journalists originate, report, and develop stories.

A more thoughtful approach to an artificial intelligence platform might comb through the company’s resources to produce condensed dossiers on sources, including the contact information of Tronc reporters who have interviewed those sources before. A slightly more sophisticated system could suggest potential sources for a story using much of the same data.

But there doesn’t seem to be any thought given to empowering journalists to become more informative or to serve their audience better. Rather the focus of this new digital effort seems to be on automating the production process to cut costs and then upselling readers to higher margin video content.

Eyeballs Instead of Experiences

A third troubling aspect is that the goal of Tronc’s digital efforts seems more geared to collecting eyeballs rather than creating experiences. Rather than working toward a truly new model for publishing that would be more rewarding for readers, the firm hopes that through digital wizardry it can get the same articles it already publishes in front of more people.

Clearly, this is not a new idea. Publishers like Buzzfeed and Vice Media mastered the art of content optimization long ago. Since then, there has been no shortage of imitators spamming our social media feeds with listicles and hip videos. It’s hard to see how adding a louder voice to the cacophony will achieve anything.

Tronc bills their new strategy as “the future of journalism,” but if anything it their shiny new digital strategy seems mired in the recent past.

In fact, it’s an approach that digital pioneers have already moved on from. Buzzfeed recruited a top-notch news team, including editor Ben Smith and Mark Schoofs, while Vice News has done hard-hitting, documentary-style reporting in places like Ukraine and North Korea. Others, like Politico, have created entirely new niches by focusing on more in-depth reporting.

Managing for Metrics Rather than Mission

Finally, the greatest delusion of all is that optimization itself can create a sustainable competitive advantage. If all it took were algorithms and machine learning, we would expect IBM or Google to dominate journalism. Tronc, with little technology expertise to speak of and no money to invest in significant research, will be betting its future on third-party software.

Yet somehow it still expects to gain a leg up on competitors by tweaking conversion rates and adding video content. That’s not a strategy, it’s a mirage.

So what I find most disturbing about the video isn’t the buzzwords, but how it indicates that the company is failing to address the fundamental questions the company is facing: What is the role of a newspaper business in a digital media environment? How can we use technology to empower our journalists to collaborate more effectively and further our editorial mission?

The role of a great publisher is not to predict what readers may want to read, but to help them form their opinions through strong, authoritative journalism. You win in the marketplace not by chasing readers with algorithms, but by attracting them with a superior product. Yet great journalism can’t be automated, because it is among the most human of endeavors.

The truth is that Tronc is managing for metrics rather than for mission. So far, at least, it has shown no interest in serving its audience better or enabling its reporters to do anything they couldn’t do before. That’s a shame for journalism and for the rest of us.