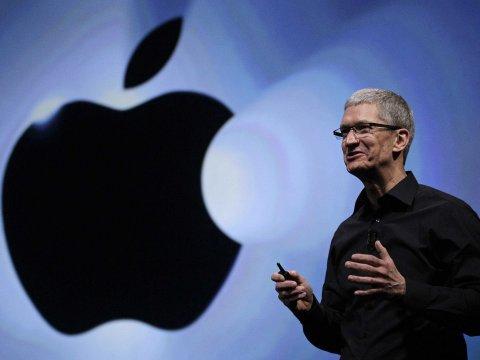 In 2011 when IBM’s super-computer Watson won on Jeopardy, people got a glimpse of what the future will be like. It will be a world where machines and humans can have a real conversation, and robots will be cooking and serving food. Speech recognition machines like IBM’s Watson, Apple’s Siri, Microsoft’s Cortana, and Google Now are all trying to create this world.

The technology industry’s biggest companies including Google, Microsoft, and Apple are all trying to one up each other by developing the best artificial intelligence. They all want their devices to be able to do anything, just by listening to your voice.

With the AI race speeding up many scientists and economists have concerns about what the stock market will be like. With all the advancements in technology, the way humans have bought and sold stocks has already dramatically changed. In the 1960s the average share of a stock was held for 4 years. Today the average share of a stock is held for 10 seconds. This rapid pace of trading was what caused the Flash Crash of 2010, where the Dow Jones lost 600 points, only to recover all in the span of 30 minutes. With more algorithms and AI being used, many scientists believe that the next Great Depression will only last a second.

This shows that the future of stock trading will rely on companies like I Know First. The algorithm designed by I Know First has already proven to be far better at predicting stocks than what a human any mind can do. This is especially true given that the stock market will become more erratic. I Know First has special forecasts for Apple.

Apple is currently lagging behind its competitors when it comes to artificial intelligence innovation. However, they are doing more now than ever before to improve their research. They recently just hired 86 experts specifically for their AI branch. Apple’s latest update, the IOS9 has a smarter Siri.

Some of the people that Apple has recently hired come from the startup company that they just acquired, called Perceptio.   was developing technology that would help smartphone companies improve their artificial intelligence. According to Bloomberg, founders Nicholas Pinto and Zak Stone are established artificial intelligence researchers who specialize in creating image-recognition systems, without having to use large repositories of data. That fits with Apple strategy of trying to minimize the customer’s data. In the month of October alone Apple has bought out 4 other artificial start-ups.

One example of how Apple is trying to be more innovative with their use of artificial intelligence is through the Apple TV. The new and revamped Apple TV involves Siri as a remote control. With the latest upgrade on the Apple TV, you will no longer have to press buttons to search for shows, change the channel or even rewind or fast-forward to a specific area. You’ll just need to say “Watch ‘Modern Family’” or “Fast-forward 5 minutes”.

Despite the fact that Apple is currently behind in the AI race, our forecasts predict that company will do just fine for at least the next year and that the stock will continue to go up. Between the iPhone 6s having record breaking sales and the Apple Watch receiving a lot of hype, it’s clear that Apple will still be a juggernaut in the tech industry for years to come. Whether or not it will survive the AI race remains a mystery.

While all the advancements in artificial intelligence is nothing short of amazing, we still have a long way to go before the machines can capture the complexity of the human mind. The machines still can’t write music or paint a picture like a human can. However, with the way the AI market is growing it’s becoming clearer that the machines will catch up to us. We just don’t know what logo will the machines will have.

Read the source article at iknowfirst.com

The AI Future for NVIDIA: Interview with CEO Jensen Huang