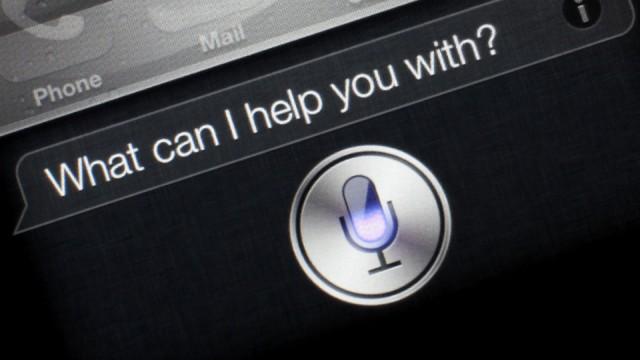 Apple’s Siri made a big splash when the wisecracking digital assistant debuted on the iPhonefive years ago. But as other tech giants jockey to build intelligent “chat bots” and voice-controlled home systems capable of more challenging artificial-intelligence feats, Siri at times no longer seems cutting edge.

On Monday, Apple is expected to demonstrate an upgrade to Siri’s smarts as it kicks off its annual software conference. It’s a potentially momentous time for the company; sales of its flagship iPhone are slowing, and AI is emerging as a key tech battleground. Apple, Google, Facebook and others are racing to create digital services that consumers will find indispensable for shopping, chatting, controlling other appliances and simply getting through their daily lives.

And while Siri has gained new abilities over the years, some experts believe Apple still lags in the AI race, hindered in part by its unwillingness to pry too deeply into your personal information.

“Google Now has kind of eaten their lunch,” said Chris Monberg, co-founder of Boomtrain, a startup that makes artificial intelligence software used by online retailers. Monberg argues that Google’s proactive digital assistant provides more useful reminders, recommendations and tips on local weather or traffic, largely because it reads his email and other data from his Android phone and crunches it with sophisticated algorithms on Google’s powerful servers.

Amazon’s Echo home speaker likewise has its fans; it recognizes informal voice commands and can order flowers, pizza or a ride to the airport. Similarly, many analysts believe the future lies in plans by Facebook, Google and Microsoft to incorporate intelligent “bots” into the voice- and text-messaging services that people use to chat with their friends.

In some respects, Siri remains plenty competitive, at least so long as you stick with Apple’s other services. If an iPhone owner uses Google’s Gmail, for instance, Apple’s software may not scan those emails for useful information. But Jan Dawson, a tech analyst at Jackdaw Research, notes that Siri can volunteer helpful reminders from the Apple calendar, offer suggestions based on a user’s location, or search for images stored in Apple’s photo app.

Still, some experts say Apple is at a disadvantage with Google, which has compiled vast quantities of data — about individual users and consumer trends — from its search engine, Gmail, maps and other popular online services. (Many of those Google services remain popular on the iPhone, despite Apple’s best efforts to replace them.)