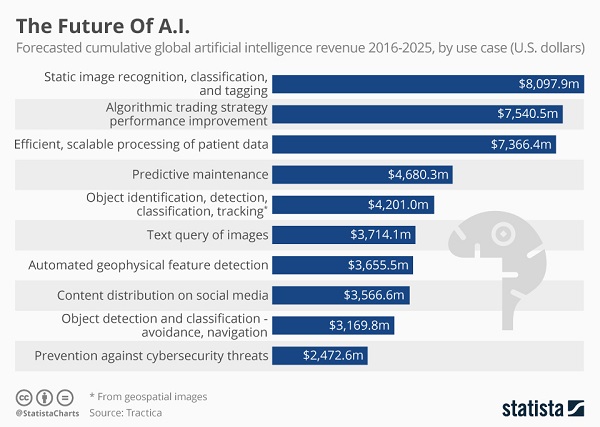 Apple‘s hiring of Google’s former head of search technology and artificial intelligence is the latest sign that AI is becoming a major battleground for tech companies.

“With the hiring of Mr. Giannandrea, who will report directly to Apple CEO Tim Cook, Apple is telling the world they are aiming to become a more serious player in the AI/machine learning industry,” she said.

Amazon, Microsoft and IBM were the top AI vendors in the first-quarter CIO survey, Huberty said.

Last year, IBM had a notable lead over rivals in AI deployments and evaluations, but Amazon and Microsoft have quickly caught up, Huberty said.

“We expect market share will continue to shift among leading vendors given the infancy of the AI/machine learning market,” Huberty said.

“This is the most bullish CIOs have ever been in overall IT budget growth in the past 10 years,” Huberty said.

Cloud computing and security are the top priorities, followed by digital transformation initiatives, she said. AI and machine learning initiatives ranked sixth in the latest survey, up from No. 20 a year ago.

Morgan Stanley surveyed 100 enterprise CIOs in the U.S. and Europe for its April survey.

Apple has largely focused on artificial intelligence applications for the consumer sector, including its digital assistant Siri. For corporate and enterprise applications, it has partnered with IBM.

Apple’s hiring of Giannandrea will be an “adrenaline shot” to the company’s AI efforts, Loup Ventures managing director Gene Munster said in a blog post. He “brings credibility to Apple AI, critical in recruiting, and is likely (to) work on AI-powered interfaces and Apple’s self-driving car program.” 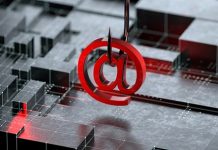 Facebook’s Formula For Becoming The King of AI