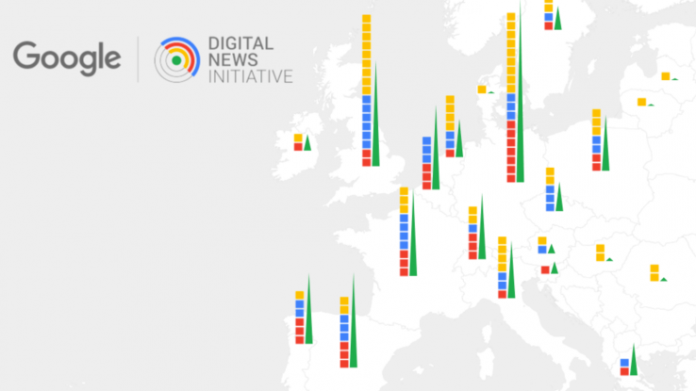 Pouring gas on the bonfire of news tech, Google recently announced that it has distributed more than €27 million ($30 million) into projects spanning the European news tech scene.

The fund’s goal is to ‘help stimulate innovation in digital journalism’ over the next three years, Google’s CEO Sundar Pichai said at an event in Paris last week. This batch of project endowments is the first from a €150 million ($167 million) fund the company announced last year.

“The funding will go to a wide variety of organizations”, Pichai said, describing the companies applying for the Digital News Initiative (DNI) funds as “wonderfully diverse, ranging from automated content personalization and robot journalism, to hoax-busting apps and tools to verify social media in real-time reporting.”

Google and European news organizations have had a tense relationship over the past few years, and Google no doubt hopes to mend some bridges with the Digital News Initiative. In Germany, for example, publishers wanted Google to pay for using short snippets of copy on Google News. The spat culminated in Google making inclusion in Google News opt-in and temporarily de-listing a large number of news organizations in Google News.