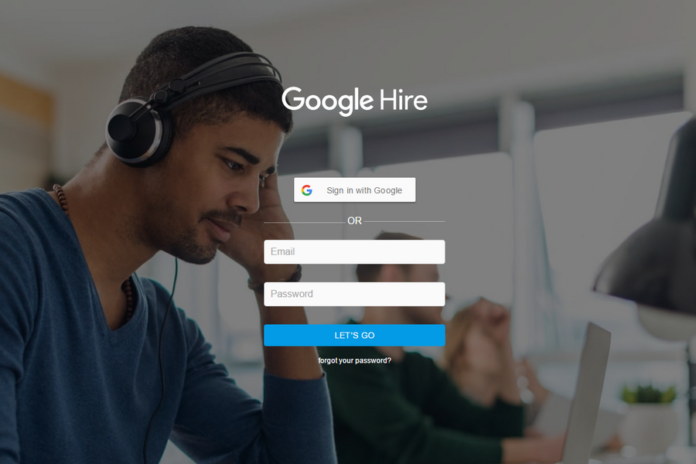 Google is apparently gearing up to give LinkedIn a run for its money, as the company is working on its own job platform called Google Hire, backed by machine learning and other AI capabilities.

It looks like a platform for tracking job applications and it launched quietly, without any official announcement from Google. In fact, Google Hire seems to be still in the beta state, available only to a few technology companies on an invite-only basis.

By the looks of it, Google Hire is shaping up as a minimalistic, yet powerful recruitment platform for professionals looking to hire or get hired. As Axios reports, the platform is a job application tracking system that allows recruiters to post job listings and accept, track and manage applications.

Technology companies that already have access to the new Google Hire include Poynt, SingleHop, DramaFever (a subsidiary of Warner Bros.), Medisas, and CoreOS.

Google Hire itself is test driving the service as well, hosting its own job listings on the new platform. The listings are pretty varied, ranging from engineering jobs to marketing and more.

Even more intriguingly, Google Hire seems to be a development of Bebop, which is a Google enterprise and cloud division run by Google Cloud senior vice president Diane Greene. Google acquired Bebop back in late 2015 for more than $380 million and integrated the Bebop team into its own enterprise cloud platform division.

Google Hire looks like a result of that merger, and clear clues support this theory. For instance, the Google Hire website currently yields an error message that prompts users to contact the Bebop team.

The Google Hire website is pretty sparse at this point, indicating that the platform is still in its early development. Nevertheless, it looks poised to rival other job application management services such as LinkedIn, Greenhouse or Indeed.

The timing makes sense as well, as Google Hire comes shortly after the debut of a Cloud Jobs API that enables companies to have job application and hiring tools baked into their platforms. The API delivers tools powered by machine learning to connect people looking for a job with suitable job postings to facilitate the whole employment process.

5-Points to Check Before Investing in Artificial Intelligence