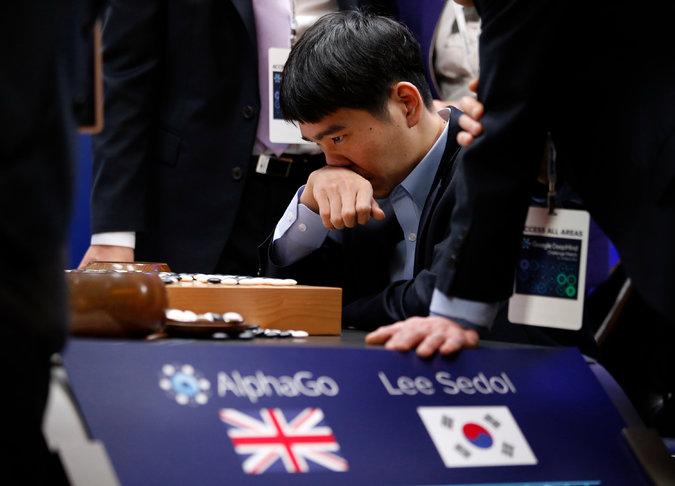 The resounding win by a Google artificial intelligence program over a champion in the complex board game Go this month was a statement — not so much to professional game players as to Google’s competitors.

Many of the tech industry’s biggest companies, like Amazon, Google, IBM and Microsoft, are jockeying to become the go-to company for A.I. In the industry’s lingo, the companies are engaged in a “platform war.”

A platform, in technology, is essentially a piece of software that other companies build on and that consumers cannot do without. Become the platform and huge profits will follow. Microsoft dominated personal computers because its Windows software became the center of the consumer software world. Google has come to dominate the Internet through its ubiquitous search bar.

If true believers in A.I. are correct that this long-promised technology is ready for the mainstream, the company that controls A.I. could steer the tech industry for years to come.

“Whoever wins this race will dominate the next stage of the information age,” said Pedro Domingos, a machine learning specialist and the author of “The Master Algorithm,” a 2015 book that contends that A.I. and big-data technology will remake the world.

In this fight — no doubt in its early stages — the big tech companies are engaged in tit-for-tat publicity stunts, circling the same start-ups that could provide the technology pieces they are missing and, perhaps most important, trying to hire the same brains.

Fei-Fei Li, a Stanford University professor who is an expert in computer vision, said one of her Ph.D. candidates had an offer for a job paying more than $1 million a year, and that was only one of four from big and small companies. On the candidate’s list, one of the biggest technology companies was ranked lowest, in terms of both money and excitement, she noted dryly.

At the University of Toronto, IBM pursued a start-up called Ross Intelligence that makes a smart legal assistant, and extended a free offer to use its A.I. software, called Watson. For IBM, the financial payoff would come if start-ups like Ross generated sales, followed by a revenue-sharing arrangement. “No upfront costs at all,” said Andrew Arruda, chief executive of the start-up, which moved last year to Silicon Valley.