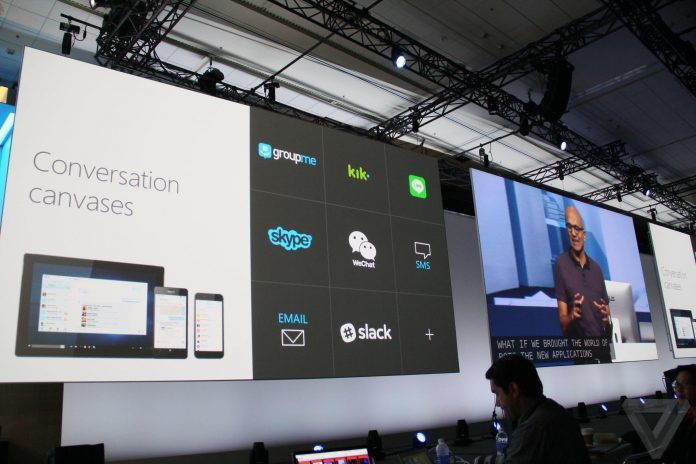 Satya Nadella’s tenure as Microsoft’s CEO has been marked by the knowledge that the company has to find a future beyond Windows. “Our industry does not respect tradition,” Nadella said when he was appointed. “It only respects innovation.” Since then, Nadellareorganized the company to focus on areas where the company is still growing. Today he announced the emerging platform where he hopes to realize many of Microsoft’s ambitions: conversation as a platform, otherwise known as bots.

As we reported in January, the tech industry has begun to embrace bots with a fervor unseen since the early days of the App Store. Messaging apps have emerged as the most popular apps on smartphones, and advancements in natural language processing have made it possible to build artificial intelligences that more easily respond to our requests and perform actions in the real world. With the web and the US market for apps seemingly have peaked, have left tech companies hungry for new ways to reach customers.