As cloud computing has taken off and continues to grow rapidly, companies are motivated to get a handle on potentially runaway costs.

Public cloud refers to shared network use such as by Amazon AWS, Microsoft Azure and Google Cloud Platform; private clouds refer to private network connections between the user and provider of the cloud services. Rates differ, with public cloud rates generally less.

The global cloud computing market is expected to exceed $330 billion in 2020, according to statistics from HostingTribunal, a site run by technical experts who attempt to improve services from all web hosting providers.

A hybrid cloud architecture has been adopted by 58% of cloud users, according to RightScale, a company offering cloud computing management services acquired by Flexera in 2018. Of the organizations that use cloud computing, 84% have a multi-cloud strategy, using more than one public or private cloud.

The 2020 State of the Cloud Report from Flexera is based on a survey of 750 IT administrators taken in February and March of this year. Among the highlights:

To help corral runaway hybrid cloud costs, one manager suggested implementing chargebacks, whereby IT bills cloud spending back to teams or departments based on their use.

“Establish default policies and shut down services that aren’t being actively used,” suggested Gordon Haff, a technology evangelist at Red Hat, supplier of open source software products now owned by IBM, quoted in a recent account in The Enterprisers Project.

Another suggestion was to set alerts. “Use billing alert features,” suggested Haff. “In general, large cloud providers don’t offer hard cost caps but they do provide a variety of alert types – and often, the ability to create programmatic actions in response to alerts.”

Another suggested carefully scrutinizing how the cloud computing services are being used.

“Cost reduction must be a top priority and treated as a standard process, especially during COVID, when IT budgets are facing increased scrutiny,” stated Manish Srivastava, VP and General Manager of IT asset management at ServiceNow, a supplier of digital workflow tools. “It is important to monitor shifting usage patterns for various cloud applications as employees work from home and at some point in the future start coming back into offices. Companies can get started by rightsizing budgets, pre-buying compute, developing spending agreements, and terminating unused and unidentified spend.”

He suggested first identifying the cloud spend by owner or use, cost center, application project and environment. “The more dimensions available in the analysis, the better breakdowns and tracking an organization will have across cloud spend,” Srivastava suggested.

Finally, attempt to optimize the use of cloud services and make that part of the work routine, a standard operating procedure. “The faster businesses can understand their entire cloud landscape, clarify policies, and enact accountability, the better they will be at managing the wide variety of cloud spend sprawling throughout their business, particularly in this current work-from-home environment,” he stated.

AI Can Be Helpful in Monitoring Hybrid Cloud Costs

The hybrid cloud architecture has financial implications. Moving data in and out of the cloud costs money, and can be strategized, such as with a microservice architecture, that structures an application as a collection of services that are loosely coupled and owned by a small team.

“The key is where you put what part of the applications,” stated Lenley Hensarling, chief strategy officer at Aerospike, which offers an in-memory open source database. One customer runs a microservices-based customer engagement app in a public cloud. “You get tremendous gains in elasticity as workloads change during the day or seasonally,” Hensarling stated. “This pays real dividends in being able to scale as needed, but not carry the cost of infrastructure for peak loads.”

Total cost of ownership studies that compare the costs of alternative cloud architectures are not easy to come by. One offering is from Dell/EMC, a sponsored IDC White Paper on a TCO analysis of a Dell/EMC consistent hybrid cloud.

A consistent hybrid cloud allows enterprise to operate both public and private platforms using one set of tools and processes.

The results showed that the Dell Technologies Cloud achieved savings of up to 47% over a five-year period compared with a native public cloud. The report states, “While hybrid cloud offers great promises, including clear TCO advantages, it is also intrinsically complex. Therefore, you must consult with a trusted partner.”

Read the source articles at HostingTribunal, the 2020 State of the Cloud Report from Flexera, in The Enterprisers Project and in the Dell/EMC sponsored IDC White Paper. 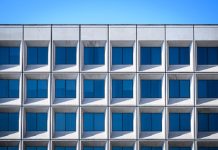 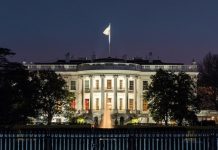 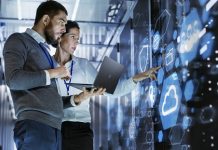