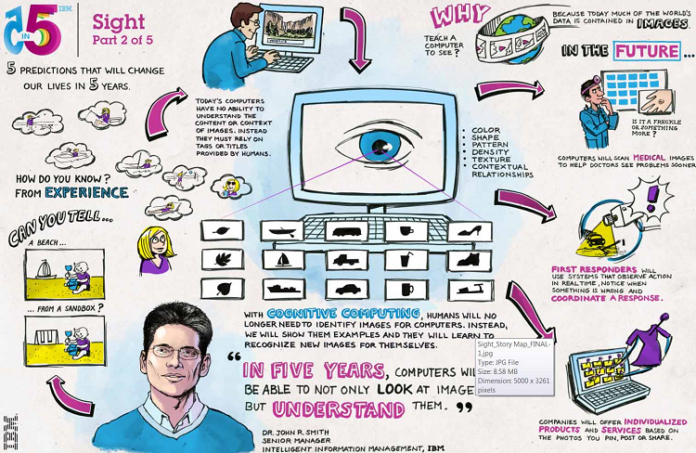 IBM has announced a list of scientific innovations with AI at the core, saying they will change the way people work, live and interact during the next five years. They list:

Brain disorders, including developmental, psychiatric and neurodegenerative diseases, represent an enormous disease burden, in terms of human suffering and economic cost.1 For example, today, one in five adults in the U.S. experiences a mental health condition such as depression, bipolar disease or schizophrenia, and roughly half of individuals with severe psychiatric disorders receive no treatment. The global cost of mental health conditions is projected to surge to US$6 trillion by 2030.

If the brain is a black box that we don’t fully understand, then speech is a key to unlock it. In five years, what we say and write will be used as indicators of our mental health and physical wellbeing. Patterns in our speech and writing analyzed by new cognitive systems will provide tell-tale signs of early-stage developmental disorders, mental illness and degenerative neurological diseases that can help doctors and patients better predict, monitor and track these conditions.

AI will lead 76% of tech leaders to increase hiring, says...