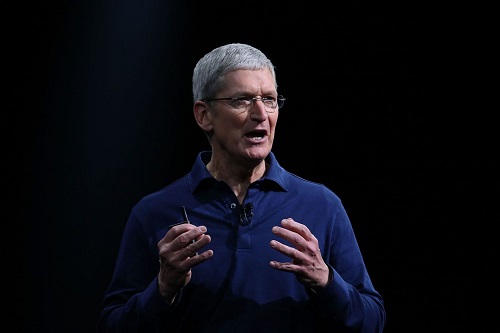 Apple’s  CEO Tim Cook has joined the chorus of voices warning that data itself is being weaponized against people and societies — arguing that the trade in digital data has exploded into a “data industrial complex”.

Cook did not namecheck the adtech elephants in the room: Google, Facebook and other background data brokers that profit from privacy-hostile business models. But his target was clear.

“Our own information — from the everyday to the deeply personal — is being weaponized against us with military efficiency,” warned Cook. “These scraps of data, each one harmless enough on its own, are carefully assembled, synthesized, traded and sold.

“Taken to the extreme this process creates an enduring digital profile and lets companies know you better than you may know yourself. Your profile is a bunch of algorithms that serve up increasingly extreme content, pounding our harmless preferences into harm.”

“We shouldn’t sugarcoat the consequences. This is surveillance,” he added.

Cook was giving the keynote speech at the 40th International Conference of Data Protection and Privacy Commissioners (ICDPPC), which is being held in Brussels this year, right inside the European Parliament’s Hemicycle.

“Artificial intelligence is one area I think a lot about,” he told an audience of international data protection experts and policy wonks, which included the inventor of the World Wide Web itself, Sir Tim Berners-Lee, another keynote speaker at the event.

“At its core this technology promises to learn from people individually to benefit us all. But advancing AI by collecting huge personal profiles is laziness, not efficiency,” Cook continued.

That sense of responsibility is why Apple puts human values at the heart of its engineering, Cook said.

In the speech, he also laid out a positive vision for technology’s “potential for good” — when combined with “good policy and political will”.

“We should celebrate the transformative work of the European institutions tasked with the successful implementation of the GDPR. We also celebrate the new steps taken, not only here in Europe but around the world — in Singapore, Japan, Brazil, New Zealand. In many more nations regulators are asking tough questions — and crafting effective reform.

“It is time for the rest of the world, including my home country, to follow your lead.”

Cook said Apple is “in full support of a comprehensive, federal privacy law in the United States” — making the company’s clearest statement yet of support for robust domestic privacy laws, and earning himself a burst of applause from assembled delegates in the process.

Read the source article in TechCrunch.