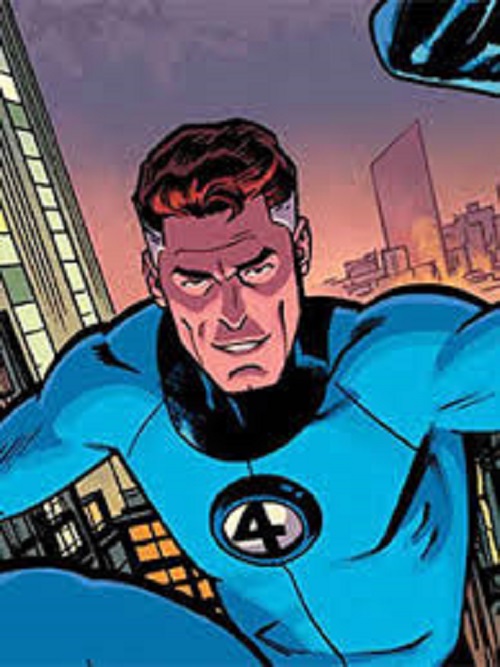 Today’s definition of what most companies want in a data scientist seems to be something akin to a superhero. Companies are looking for a regular Mister Fantastic (the Marvel Comics’ superhero who was “one of the bravest adventurers and most brilliant scientific minds of his generation”).

Chief A.I. Officer at ZIFF, Ben Taylor, has coined the ideal caliber of data scientist as a ‘Type-E’ – a kind of over-achieving, unapologetically ambitious, narcissistic, nerd-on-A.C.I.D, who eats, drinks, sleeps, and is married to data science.

However, if we want to mold this perfect data scientist then we first need to identify and eradicate their imperfections. So, let’s take a quick look at ways in which data scientists fail:

Data Scientists are Primed to be Researchers not Business People

Taylor sprints past Malcolm Gladwell’s theory that it takes 10,000 hours of experience to make an expert, and claims you need at least triple that to make a semi-decent data scientist. This means that data scientists need to start gathering practical, real experience very early in life.

Data Scientists are generally highly qualified academically. Research shows that 88% of data scientists hold a minimum of a Master’s degree, 46% hold a Ph.D., while only 1% have no third-level education.

While academic qualifications are certainly fundamental, colleges place too much emphasis on coursework and academic research and not enough on training data scientists for the world of business. This results in the formation of data scientists who lack the vital business acumen needed to be able to prioritize projects and to choose those that are aligned with business objectives rather than those that they think would be exciting and cool.

Data scientists often fall into the trap of over-complicating projects because they know that they have the brains and skills to do so. Like any scientist, data scientists are at risk of being too overly concerned with breaking ground, doing what’s never been done before, outsmarting their peers, and creating the most mind-boggling algorithms and mind-bending visuals that they lose sight of the main goal of any business: profit.

Instead of focusing on how complex and impressive they can make their code, data scientists need to focus on how to achieve the highest return for the least amount of time and money. They should start simple and then build upon this infrastructure as the project proves itself worthy of the required time and effort. Data scientists should also know when to kill a project as soon as it shows signs of being irrelevant, something the tenacious data scientist is bad at.

Data Scientists are not Omniscient

You might expect your data scientist to be a superhero, but expecting them to be God is a whole other, even more unrealistic, expectation. Data scientists are expected to be all-seeing and all-knowing, but this is impossible.

Data experts have discussed the difficulties they face with collecting all of the necessary data to have a 360 view of the business. This is due to unidentified data silos, stakeholder’s with-holding information, vendor-owned data, and teams and departments competing with one another and being unwilling to cooperate. It is vitally important that everyone involved in a project and organization share data to the best of their ability, and sometimes the only way to do this is with the right tools.

Along with data collection, data cleaning and classification is another process that eats up time and money by data scientists who insist on carrying it out manually. This is not only time-consuming; it is also too susceptible to human error, meaning data is at risk of contamination. Bad data leads to bad predictions. In order to avoid this, it is often best to use an A.I. tool with machine learning to gather and clean your data, classify it, and make it relate.

There exists among data scientists a certain reluctance to hand over their tasks to the new, powerful automation tools on the market which harness the power of A.I., Machine Learning, and Deep Learning. Perhaps, they have a fear of being made obsolete. This is understandable but unfortunately harks back to the failure of data scientists to prioritize business objectives over their own sense of self-worth.

There is a consensus among many that A.I. trumps human ability every time when it comes to data collection, correlation, and bucketing; perpetual self-learning and algorithm building; as well as prediction, pattern identification, and trend analysis. In addition to this, a machine is not susceptible to certain potentially disadvantageous traits which are inherent in humans, such as bias, assumption, presumption, pride, stubbornness, personal inexperience, limited memory capacity, tiredness, stress, lack of/too much confidence, arrogance, and limited speed and creativity.

Should Data Scientists Bow Out and Let the Robots Take Over?

We are a long way off a time when machines trump humans on every aspect of data science. Yes, to be human is to err, but to be human is also to be passionate, ambitious, driven, competitive, and devoted. Machines do not (not yet anyway) possess these qualities.

A machine will not love its job like a data scientist will, you can’t have a coffee and a doughnut with a machine and talk about how excited you are about the latest data insights, a machine won’t smile from ear to ear and beam with pride when it presents you with the most beautiful dashboards and visualizations, and a machine doesn’t care about you and your company.

So, while data scientists are flawed and there are lots of ways in which they could improve, so too are machines. It would seem that the best way forward is to work side-by-side, fleshy-arm-in-robotic-arm with the new race of machines and robots that will undoubtedly make our lives easier.