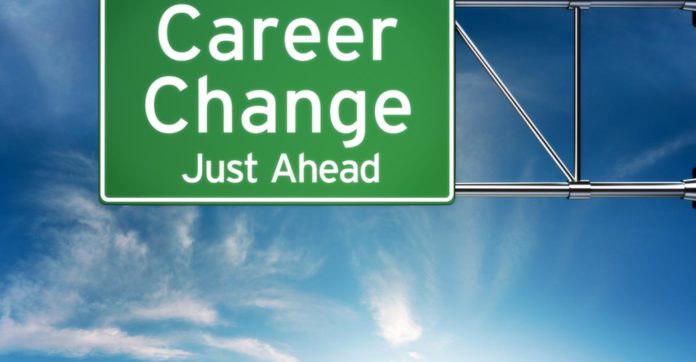 We get lots of inquiries from readers asking for career advice and many of these identify as mid-career looking to switch into data science.  If you’re in this group you face some of the same challenges beginners do but also some that are unique to your circumstance.  Here are some thoughts and observations that may be valuable.

When folks self-identify as mid-career they usually cite 10 or 20 years experience.  By my way of thinking that makes you most likely 30 or 40 years old.  The majority of these folks say they are involved with IT, perhaps as programmer, analyst, admin, or similar.  Some are in an area of operations that is heavily data driven.  Most have a bachelor’s degree but some do not.  It’s you I’m thinking about in the following notes.

As you read this you may well say ‘this doesn’t apply to me, I’m different’.  I am writing for the middle of the standard distribution.  If you know you’re a two or three-sigma guy or gal, my hat’s off to you.

Why Switch At All?

Because data science is hot!  I mean we are constantly exposed to articles that call this the best job in America and from an insiders perspective I think they’re right.  The work is interesting and challenging.  We work with tools that are very rapidly evolving for the better.  This means we have to be life-long learners and that’s a good thing.

Everyone is aware that there is a structural shortage of qualified data scientists.  Companies are actively hiring and can’t find enough of us which is reflected in the well above average compensation.

Presumably there is also a level of dissatisfaction with the rewards from the 10 or 20 years you’ve put in.  If you’re looking for greener pastures this is a good place to look.

The Cost of Switching

OK the shortage is working in your favor but let’s be candid.  There are some advantages to the years you may have put into IT or analytics but you are also much more likely to be settled with a family, not to mention having 10 or 20 years of increasing earnings in your paycheck.

The single biggest impediment you are going to face is where to find the time to get trained while still earning a living.  Second, since you will be competing for these starter jobs with recent grads, the starting pay may actually be less than what you’re earning now.

The best salary surveys for data scientists come from Burtch Works.  Here’s the link to their 2016 study: “2016 Salaries of Data Scientists”.

Future prospects may well be brighter but there really is no way to enter this profession from the middle short of having a Ph.D.

Can I Do This OJT?  How About MOOCs?

The odds on doing this OJT are slim to none.  About 18 months ago when the hiring crisis was worse, particularly in Silicon Valley, Zynga had an in-house 18 month program to grow their own data scientists.  I don’t know if this is still going on, but this is the only one I’ve ever heard of.  If you work in a company with a decent size data science group it won’t hurt to ask but it’s exceedingly rare and almost always for current employees.