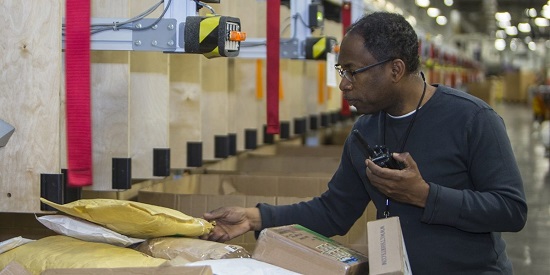 NVIDIA on May 6 detailed a partnership with the US Postal Service underway for over a year to speed up mail service using AI, with a goal of reducing current processing time tasks that take days to hours.

The project fields edge servers at 195 Post Services sites across the nation, which review 20 terabytes of images a day from 1,000 mail processing machines, according to a post on the NVIDIA blog.

“The federal government has been for the last several years talking about the importance of artificial intelligence as a strategic imperative to our nation, and as an important funding priority. It’s been talked about in the White House, on Capitol Hill, in the Pentagon. It’s been funded by billions of dollars, and it’s full of proof of concepts and pilots,” stated Anthony Robbins, Vice President of Federal for NVIDIA, in an interview with Nextgov.  “And this is one of the few enterprise–wide examples of an artificial intelligence deployment that I think can serve to inspire the whole of the federal government.”

The project started with USPS AI architect at the time Ryan Simpson, who had the idea to try to expand an image analysis system a postal team was developing, into something much bigger, according to the blog post. (Simpson worked for USPS for over 12 years, and moved to NVIDIA as a senior data scientist eight months ago.) He believed that a system could analyze billions of images each center generated, and gain insights expressed in a few data points that could be shared quickly over the network.

In a three-week sprint, Simpson worked with half a dozen architects at NVIDIA and others to design the needed deep-learning models. The work was done within the Edge Computing Infrastructure Program (ECIP), a distributed edge AI system up and running on Nvidia’s EGX platform at USPS. The EGX platform enables existing and modern, data-intensive applications to be accelerated and secure on the same infrastructure, from data center to edge.

“It used to take eight or 10 people several days to track down items, now it takes one or two people a couple of hours,” stated Todd Schimmel, Manager, Letter Mail Technology, USPS. He oversees USPS systems including ECIP, which uses NVIDIA-Certified edge servers from Hewlett-Packard Enterprise.

In another analysis, a computer vision task that would have required two weeks on a network of servers with 800 CPUs can now get done in 20 minutes on the four NVIDIA V100 Tensor Core GPUs in one of the HPE Apollo 6500 servers.

USPS had put out a request for proposals for a system using optical character recognition (OCR) to streamline its imaging workflow. “In the past, we would have bought new hardware, software—a whole infrastructure for OCR; or if we used a public cloud service, we’d have to get images to the cloud, which takes a lot of bandwidth and has significant costs when you’re talking about approximately a billion images,” stated Schimmel.

Today, the new OCR application will rely on a deep learning model in a container on ECIP managed by Kubernetes, the open source container orchestration system, and served by NVIDIA Triton, the company’s open-source inference-serving software. Triton allows teams to deploy trained AI models from any framework, such as TensorFlow or PyTorch.

The deployment was very streamlined,” Schimmel stated. “We awarded the contract in September 2019, started deploying systems in February 2020 and finished most of the hardware by August—the USPS was very happy with that,” he added

Multiple models need to communicate to the USPS OCR application to work. The app that checks for mail items alone requires coordinating the work of more than a half dozen deep-learning models, each checking for specific features. And operators expect to enhance the app with more models enabling more features in the future.

“The models we have deployed so far help manage the mail and the Postal Service—they help us maintain our mission,” Schimmel stated.

One model, for example, automatically checks to see if a package carries the right postage for its size, weight, and destination. Another one that will automatically decipher a damaged barcode could be online this summer.

“We’re at the very beginning of our journey with edge AI. Every day, people in our organization are thinking of new ways to apply machine learning to new facets of robotics, data processing and image handling,” he stated.

“The AI work that has to happen across the federal government is a giant team sport,” Robbins stated to Nextgov. “And the Postal Service’s deployment of AI across their enterprise exhibited just that.”

The new solutions could help the Postal Service improve delivery standards, which have fallen over the past year. In mid-December, during the last holiday season, the agency delivered as little as 62% of first-class mail on time—the lowest level in years, according to an account in VentureBeat . The rate rebounded to 84% by the week of March 6 but remained below the agency’s target of about 96%.

The Postal Service has blamed the pandemic and record peak periods for much of the poor service performance.

Read the source articles and information on the Nvidia blog, in Nextgov and in VentureBeat.