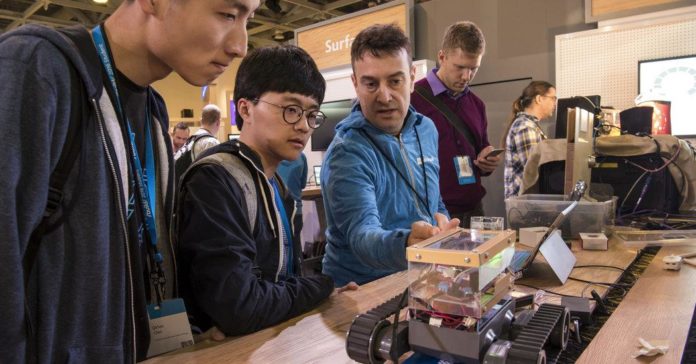 The Partnership on AI unites Amazon, Facebook, Google, IBM and Microsoft to ease public fears of machines that are learning to think for themselves.

Five major technology companies said Wednesday that they had created an organization to set the ground rules for protecting humans — and their jobs — in the face of rapid advances in artificial intelligence.

The Partnership on AI, unites Amazon, Facebook, Google, IBM andMicrosoft in an effort to ease public fears of machines that are learning to think for themselves and perhaps ease corporate anxiety over the prospect of government regulation of this new technology.

The organization has been created at a time of significant public debate about artificial intelligence technologies that are built into a variety of robots and other intelligent systems, including self-driving cars and workplace automation.

The industry group introduced a set of basic ethical standards for engineering development and scientific research that its five members have agreed upon.

In a conference call on Wednesday, five artificial intelligence researchers representing the companies said they thought the technology would be a major force in the world for social and economic benefits, but they acknowledged the potential for misuse in a wide variety of ways.

Artificial Intelligence vs. a Clever Algorithm – What’s the Difference?