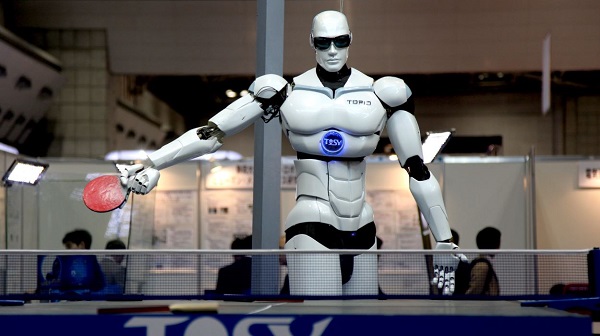 Every day, there’s more news about automation, machine learning and AI. Already, some vendors are touting their ability to replace salespeople and even data scientists. Interestingly, the very people promoting these technologies aren’t necessarily considering the impact on their own jobs.

In the past, knowledge jobs were exempt from automation, but with the rise of machine learning and AI, that’s no longer true. In the near future, machines will be able to do even more tasks that have historically been done by humans.

Somewhere between doomsday predictions and automated utopia is a very real world of people, businesses and entire industries that need to adapt or risk obsolescence.

One difference between yesterday’s automation and today’s automation (besides the level of machine intelligence) is the pace of change. Automating manufacturing was a very slow process because it required major capital investments and significant amounts of time to implement. In today’s software-driven world, change occurs very quickly and the pace of change is accelerating.

The burning existential question is whether organizations and their employees can adapt to change fast enough this time. Will autonomous “things” and bots cause the staggering unemployment levels some foresee a decade from now, or will the number of new jobs compensate for the decline of traditional jobs?

“I think there will be stages where we have the 10 percent digital workforce in the next two years and 20 percent in three to four years,” said Martin Fiore, Americas tax talent leader at professional services firm EY. “Some will say, ‘Wow, that’s scary.’ Others will say, ‘I see the light I’m going to upscale my capabilities.”

Businesses and individuals each need to change the way they think.

Angela Zutavern, VP at management consulting firm Booz Allen Hamilton and co-author of the forthcoming book, The Mathematical Corporation views intelligent automation as a new form of leadership and strategy as opposed to just technology.

Preparing Students for the Rise of Artificial Intelligence In the Workforce