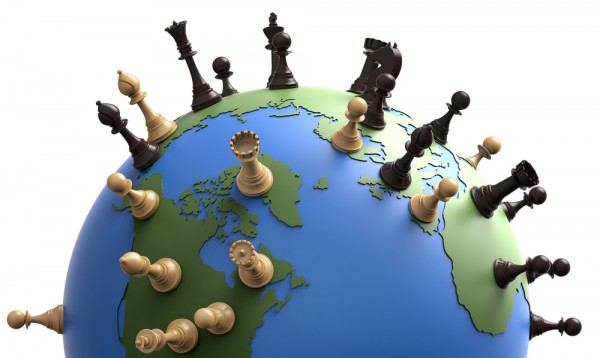 The global community faces staggering challenges this century. We spent much of the 21st century learning how to get along with each another. According to data collected and analyzed by Harvard cognitive psychologist Steven Pinker, we’ve made much progress toward that goal, judging from per capita declines in both natural and unnatural deaths worldwide.

While the problem of nuclear weapons proliferation remains with us, the 21st century challenges relate to such things as space exploration and the ever-present issue of climate change and the natural disasters associated with it. At the same time, we have made giant strides in methods of addressing nearly any problem one can imagine. Many are associated with the development of artificial intelligence (AI).

In a nutshell, cloud-enabled data collection and storage can accommodate the so-called big data that provides inputs to machine learning and the creation of artificial intelligence. Each of these related fields of activity and opportunity encompasses a wide swath of the economy. Together, they describe a sector that promises to dwarf, in terms of economic opportunity and impact, traditional activities including mining, manufacturing, and even agriculture.

We already see problems such as threats to personal privacy, national security, and competition associated with this AI “package.” And in recent hearings in which tech executives appeared before US congressional committees, we saw, in terms of the uninformed, naïve questions posed by legislators to the executives, how unprepared the legislative branch is to deal with issues associated with AI.

The question is whether the US has the will and capability to coordinate and support major cross-industrial efforts to foster and, if necessary, regulate AI. It not only requires technological expertise but an even more complex challenge of creating standards and universal formats for organizing and coordinating data and its collection from various sources in a form from which machines can learn and develop new insights.

Today, this is being done in a highly fragmented way in the US by competing commercial organizations, many of whose employees appear to distrust the government and its application of their work. One could argue that a field of activity of this importance warrants a cabinet position alongside Transportation, Energy, Agriculture, and Commerce. Compare this to what appear to be faster-moving achievements in AI, particularly in the structuring of data, in the totalitarian economic environment of a China, for example, where high-level leadership for AI exists now.

What would a government-sponsored artificial intelligence program look like? If space exploration is an example, it would involve sponsored research, education, the establishment of standards, and a plan and timetable for expected results. It would have to rely heavily on private industry with the assistance and support of a government agency.

It would require high-profile leadership. Inevitably, this person would be labeled a “czar.” Former US Secretary of Defense Ashton Carter has argued that such a person might be needed.

Does the United States need an artificial intelligence czar? What do you think?

James L. Heskett is the UPS Foundation Professor of Business Logistics at the Harvard Business School