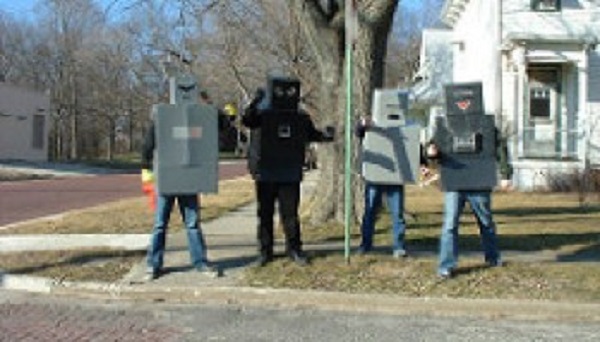 Given the speed at which researchers are advancing artificial intelligence, the question has become not if A.I. will become smarter than its human creators, but when?

A team of researchers from Yale University and Oxford’s Future of Humanity Institute recently set off to determine the answer. During May and June of 2016, they polled hundreds of industry leaders and academics to get their predictions for when A.I. will hit certain milestones.

The findings, which the team published in a study last week: A.I. will be capable of performing any task as well or better than humans–otherwise known as high-level machine intelligence–by 2060 and will overtake all human jobs by 2136. Those results are based on the 352 experts who responded.

Monday night, Elon Musk, who’s been a consistent A.I. fear monger, chimed in on Twitter, stating,  “Probably closer to 2030 to 2040 imo. 2060 would be a linear extrapolation, but progress is exponential.”

The entrepreneur followed up his tweet with an ominous, “I hope I’m wrong.” Musk has been a vocal critic of A.I. the past several years, painting nightmare scenarios in which it becomes weaponized or outsmarts humans and leads to their extinction. He co-founded OpenAI, a non-profit that aims to ensure A.I. is used for good, in 2015.

Musk’s own firm, Tesla, is one of the companies leading the charge in creating self-driving vehicles. The trucking and taxi industries employ about 2 million Americans, all of whom could soon find their jobs obsolete should vehicles become fully autonomous.

The experts polled in the study predicted that A.I. would become better at driving trucks than humans in 2027. The surveys were completed before robotics startup Otto successfully sent a self-driving truck on a 120-mile journey in October.

A.I. will surpass humans in a number of other milestones, the experts suggested: translating languages (2024), writing high-school level essays (2026), and performing surgeries (2053). They estimated that it would be able to write a New York Times bestseller in 2049.

In May, Google’s AlphaGo machine won a game of Go against China’s Ke Jie, widely considered to be the world’s best player. An A.I. system created by scientists at Carnegie Mellon won $2 million from top poker players in a tournament in January.

It’s worth noting that the predicted timelines did not vary based on the experts’ levels of experience with artificial intelligence. One variable that did correlate with the predictions was the location: North American experts thought A.I. would outperform humans on all tasks within 74 years, while experts in Asia thought this would take only 30 years. The researchers who published the study didn’t provide a potential explanation for the discrepancy.

Read the source article at Inc.