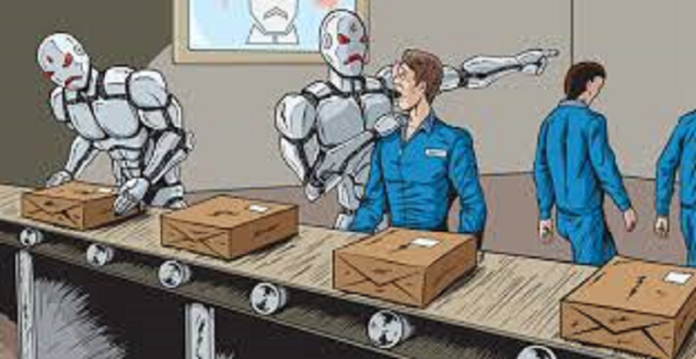 The first job that Sherry Johnson, 56, lost to automation was at the local newspaper in Marietta, Ga., where she fed paper into the printing machines and laid out pages. Later, she watched machines learn to do her jobs on a factory floor making breathing machines, and in inventory and filing.

“It actually kind of ticked me off because it’s like, How are we supposed to make a living?” she said. She took a computer class at Goodwill, but it was too little too late. “The 20- and 30-year-olds are more up to date on that stuff than we are because we didn’t have that when we were growing up,” said Ms. Johnson, who is now on disability and lives in a housing project in Jefferson City, Tenn.

Donald J. Trump told workers like Ms. Johnson that he would bring back their jobs by clamping down on trade, offshoring and immigration. But economists say the bigger threat to their jobs has been something else: automation.

“Over the long haul, clearly automation’s been much more important — it’s not even close,” said Lawrence Katz, an economics professor at Harvard who studies labor and technological change.

No candidate talked much about automation on the campaign trail. Technology is not as convenient a villain as China or Mexico, there is no clear way to stop it, and many of the technology companies are in the United States and benefit the country in many ways.

Mr. Trump told a group of tech company leaders last Wednesday: “We want you to keep going with the incredible innovation. Anything we can do to help this go along, we’re going to be there for you.”

Andrew F. Puzder, Mr. Trump’s pick for labor secretary and chief executive of CKE Restaurants, extolled the virtues of robot employees over the human kind in an interview with Business Insiderin March. “They’re always polite, they always upsell, they never take a vacation, they never show up late, there’s never a slip-and-fall, or an age, sex or race discrimination case,” he said.

Globalization is clearly responsible for some of the job losses, particularly trade with China during the 2000s, which led to the rapid loss of 2 million to 2.4 million net jobs, according to research by economists including Daron Acemoglu and David Autor of M.I.T.

Read the source article at the New York Times.

How to Avoid the Potential Dangers of AI, Robots and Big...