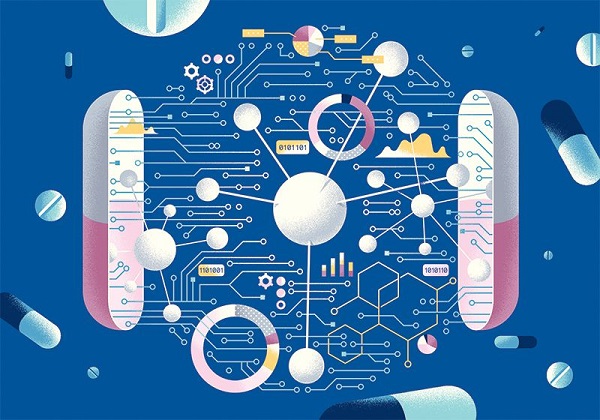 Impacts of AI in Pharma Seen as Potential to Lower Failure Rate for New Drug Testing, and a Redesigned Research Process from Start to Finish

Artificial intelligence and machine learning may still be decades away from their biggest impacts, but the technologies are already changing pharma and biotech, says Michael Ringel, Senior Partner and Managing Director at Boston Consulting Group (BCG). Decision support—and eventually decision making—from AI depends on applying the right datasets to the right questions. Pharma is benefiting from applying these tools to some downstream steps in drug development today, but Ringel sees powerful applications emerging earlier in the drug development pipeline.

Gemma Smith, Senior Conference Director at Cambridge Innovation Institute, spoke with Ringel about the realities and future applications of AI in biopharma. AI’s implications are far reaching; Ringel believes we are standing on the cusp of a re-evaluation of what it means to be human.

Editor’s note: Gemma Smith is planning a track dedicated to AI in Pharma at the upcoming AI World Conference & Expo in Boston, December 3-5. Ringel will be speaking on the program. Their conversation has been edited for length and clarity.

Michael Ringel: Pretty much any decision that gets made is at least a possible area where AI or other machine learning could be valuable, either as decision support in the near-term, maybe even decision replacement in the long-term. Given that almost every step of what you do within a pharmaceutical company has an element of tough decision-making, it really can impact every single part of the business. If you split what a person can do into the thinking and the doing, when you dovetail AI and automation, they’re almost the replacements for both functions. In theory, AI and automation can support, complement, or replace any activity that a human does.

Where do you think AI will have an immediate impact for pharma and biotech?

There’s a difference between the areas of biggest impact and areas of nearest-term impact. The nearest-term impact will be in the things that are easiest to address. You know AI is just a fancy name for what is a big, non-linear regression. Frankly, any kind of machine learning—whether it’s gradient boosting or any other method—ultimately, it’s just a non-linear regression. Non-linear regression works best with something that’s relatively small signal-to-noise but where you have enough of a dataset that you’re able to pick up those small relationships that maybe weren’t apparent to the human eye.

Today, pharma is constrained by the situations where we have enough of a dataset and enough of an understanding of what’s going on to be able to have a near-term impact. That tends to be some of the more intermediate and downstream things like some of the pre-clinical assays, and some of the methods around how we think about clinical operations, assessment of sites and so on.

Will these be the areas of biggest impact, or are those further upstream?

The bigger impact is going to be in the more upstream aspects, which are really our understanding of biology. It’s not ripe yet for AI, but it’s certainly the biggest impact, because the issue we have in biopharma is our failure rate. More than 90% of drugs that we try fail because we don’t really understand how the cell, and by extension the body, is operating, and how an intervention like a drug is operating.

At some point—and this may be decades in the future—we should be able to have a better model of the cell, a systems biology model of the cell, built up in part through AI, which then allows you to make better predictions of what interventions on biology are going to have the greatest impact. Once you have that, you have a much better approach to deciding what drugs to go after, and you change that attrition curve, which changes the economics and the impact on patients significantly.

We’ve seen a few instances of that from GWAS studies and the kinds of analysis we can do today, but the promise is much, much greater down the road.

From your experience at BCG, which industries are the most advanced in adopting and implementing AI, and why do you think this is?

Some of the clear leaders are in consumer goods and financial services—and given what I just said about datasets, it’s not surprising. Those are the industries that have just enormous datasets of transaction data. You know every time you make a purchase, they get literally millions of records a day. In biopharma we have maybe 25 drug approvals a year. It’s a few dozen [data points]; it’s not millions and ultimately trillions if you aggregate across time. That size dataset allows you to look for very small and nuanced relationships. We’ve seen it come to fruition. For instance, there’s a tremendous amount of work in places like Starbucks with TAKT, which is their customer relationship dataset. They really understand what’s the right next offering to make to very individualized segments. It’s enormous datasets that allow very fine-tuned segmentation and understanding of behavior that have been the forerunners.

Without datasets of that size, how is pharma using AI in exciting ways now?

There are projects really up and down the value stream of R&D and beyond, although I’ll focus mainly on R&D and chemistry specifically. There’s a tremendous amount of work that’s required—even when you know the target—in designing a molecule to hit the target. But there’s a lot of work emerging now that is very similar to computer vision. Computer vision takes a two-dimensional array of pixels and interprets images. You can imagine that a binding of atoms is essentially a three-dimensional array of pixels. Rather than red-yellow-green, it’s carbon-hydrogen-oxygen, but the same logic applies. You can use that tool to make inferences from a large enough dataset around how atoms are binding. There is a quite interesting consortia called ATOM (Accelerating Therapeutics for Opportunities in Medicine), which is a joint project of Lawrence Livermore National Laboratory and GlaxoSmithKline. We did the work that initially helped set that up. There’s also a private company called Atomwise, almost the same name, that’s doing something similar that we’ve also been involved with. That’s one very near-term, tangible example of figuring out chemistry—or at least decision-supporting chemistry—using some of these new methods.

What challenges do you predict for the pharma industry in adopting AI and machine learning?

Well, the most fundamental one is, does it work? Because there’s plenty of promise, but of course, it has to actually work before anyone can really adopt it. We’re not there yet. There’s a long way to go with all these technologies.

The second is, even if it does work, how do folks actually know that it works, and how do you get over the hump of a testing period? During testing, you’ve got both belt and suspenders. You’re running the AI program, but you’re also running all the old ways of doing it. Essentially, you are doubling up on cost and time, something that frankly pharma companies can’t afford to do. So there’s a little bit of an uptake hurdle in the interim period where you’re proving out. Even if it does work, do people believe it yet?

Finally, there’s the longer-term hurdle of process changes. You don’t just you insert AI into your existing processes. You have a very new way of doing things, and that again requires a lot of change. Some jobs are no longer relevant; new jobs will open up. The step-by-step process pharma companies go through to get things done will look very different. It’s not just inserting AI in a specific place in an existing process; it’s actually redesigning the process start-to-finish.

What do you envision the world of AI to look like in 2050? How much progress will we make?

That’s the hardest question! Fundamental changes tend to take longer than people initially think they will, but the impact they have is much broader than anyone ever envisioned. Even the changes that have happened in our lifetimes around internet, around mobile, and so on, have gone deeper and broader in unpredictable ways than what folks initially thought. Consider Uber and Airbnb. Certainly people predicted the value of network effects and building marketplaces, but I think making the mental leap back in the 80s to people are going to be willing to let out their apartments on a time basis would have sounded far-fetched, even if you laid it out as a potential logical consequence. So, I think the potential outcomes here are actually quite far-fetched, but may come true.

If you play out the logical sequence of near-term decision support, and longer term decision replacement, you could almost imagine every aspect of what we do in our jobs becoming obviated by a machine doing it better. To many people, that’s a very scary potential outcome; to others it’s some sort of utopian future. Society, and what we do with our time, and the way we think about fulfillment all would change at a very deep level. I think we live in very exciting times. I think, interestingly enough, we live in the period that’s going to define the long-term future of what it is to be human. This is our little piece of it that we get to touch, and it’s a really exciting piece. 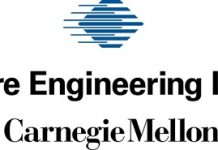