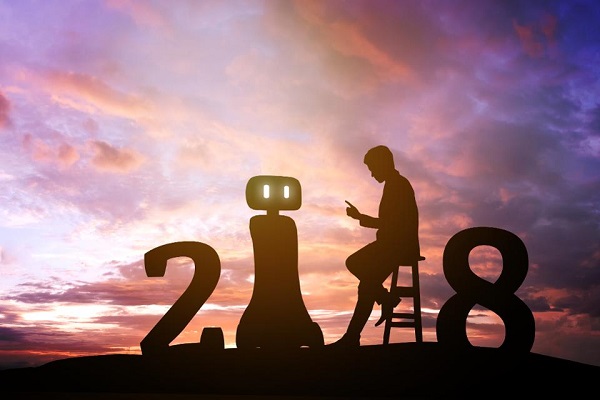 It is somewhat safe to predict that AI will continue to be at the top of the hype cycle in 2018. But the following 51 predictions also envision it becoming more practical and useful, automating some jobs and augmenting many others, combining machine learning and big data for fresh insights, with chatbots proliferating in the enterprise.

As the automotive industry undergoes massive disruption, incumbent OEMs and Tier 1s are becoming increasingly aware that they need to adopt AI immediately to address not only the external vehicle environment but to understand the in-cabin experience as well. Semi-autonomous and fully autonomous vehicles will require an AI-based computer vision solution to ensure safe driving, seamless handoffs to a human driver, and an enriched travel experience based on the emotional, cognitive and wellness of the occupants—Dr. Rana el Kaliouby, CEO and co-founder, Affectiva

In 2018, I expect we’ll see a number of firsts, including AI systems which can explain themselves directly (‘first person’) instead of being externally assessed (‘third person’); the erosion of net neutrality due to increasingly personalized and optimized AI-driven content delivery; and the burst of the deep learning bubble. AI startups who have simply applied AI in a particular domain will no longer receive over-inflated valuations. Those that survive will be offering a fundamental and demonstrable step forward in AI capability. We’ll also see at least one more fatal accident involving autonomous vehicles on the roads, and a realization that human-level autonomous driving will require much longer to test and mature than current optimistic predictions—Monty Barlow, director of machine learning, Cambridge Consultants

AI will begin answering the question “Why?” Two things we’ve learned watching early adopters interact with AI systems over the last couple of years are: 1) Humans are not good at not knowing what an AI is doing, and 2) AI is not good at telling humans what it’s doing. This leaves users frustrated wondering “Why?” in the face of AI’s only current explanation: “Because I said so.” In 2018, it will no longer be enough for AI creators to shrug off users’ desire for more transparency by blaming the lack of communication on the fact that the machine is processing thousands of variables per second. In order to gain users’ trust that an AI system is working in pursuit of a shared goal, AI developers will begin prioritizing advanced forms of accountability, reporting and system queries that allow users to ask, “Why?”, in response to very specific actions—Or Shani, CEO, Albert

CognitiveScale CEO: What to expect in AI in 2018

Here Are 10 Artificial Intelligence Trends to Watch in 2018