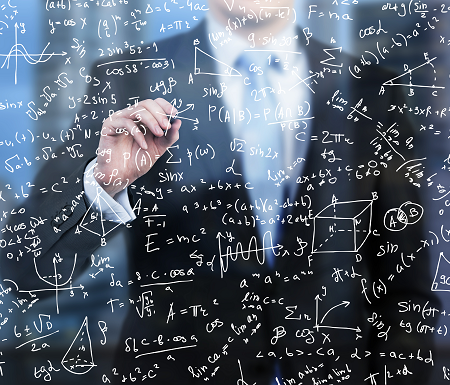 AI startups received $1.8bn from investors in the first half of 2017, according to CB Insights. The second half of the year has seen a continuation of the trend, as Graphcore and SenseTime secured large capital financing rounds. This said, AI remains a trend with question marks hanging over it, with many of the industry’s leading researchers still feeling that we are a long way off solving critical issues with AI – like the frame problem, and inference.

Typically, when most consider AI, they think of the Googles and Baidus of this world, who spent between $20 to $30bn internally on the area in 2016, according to McKinsey. Much of this effort has been focused on a race to achieving patents and intellectual property, in the hope that they will enable these companies to own the future of software and hardware.

Machine-learning has already been implemented by Facebook, which uses its own internally developed algorithms to read user posts, or Netflix’s algorithms to make better recommendations to its subscribers – increasing the time spent in their ecosystems.

The sector is yet to really face down challenges from researchers involved with the well-financed AI efforts of ‘big tech.’ Google’s Ray Kurzweil, makes the point that today “machine-learning is today very brittle, requiring a lot of preparation by humans in the form of special-purpose coding, special-purpose sets of training data, and a custom learning structure. Today’s machine-learning really fails to imitate anything like the sponge-like learning structure that humans engage in.”

This form of intuitive learning still presents significant market opportunities, in the form of autonomous driving, voice recognition, video recognition, and data processing in business applications. On the back of this potential, investments have continued to flow.

SenseTime announced it will collaborate with Qualcomm on developing proprietary AI algorithms, to be deployed in smart devices. Although the two companies did not disclose the size of the investment, SenseTime is currently trying to raise $500m in a new funding round, in what would be the biggest ever fundraising by an AI startup – which values the company at $2bn.

SenseTime focuses on developing facial recognition technology, and is just one of a number of startup efforts that are competing to develop an AI to quickly identify and analyze identities using cameras. SenseTime’s algorithms have to date been used in limited tests by Chinese authorities to track and capture suspects in public spaces such as airports and festivals.

The startup already has 40 Chinese local authorities as clients, and is now seeking to expand overseas. SenseTime raised $410m in July, in a funding round led by its main backer, Chinese firm CDH Investments, and China’s state-backed fund Sailing Capital.

Elsewhere, Graphcore has raised $50m in new funding from Sequoia Capital. Graphcore had reportedly been chasing a $1bn valuation, but couldn’t quite convince investors of that potential. The funding comes on top of the $60m the group has already raised in its first two funding rounds – taking total investments in the group to $110m.

Graphcore was founded in 2016 in the UK, and focuses on building intelligence processing units (IPU) – chips that are specifically designed to assist programmers in creating machine-learning systems, that can be used in fields such as autonomous cars, data centers, and medical detection devices. The target applications for the IPU are those that already run machine-learning algorithms on standard graphics and processing units – hoping to entice them onto the dedicated silicon.

The company claims its IPU accelerators and Poplar software framework deliver “the fastest and most flexible platform for current and future machine intelligence applications, lowering the cost of AI in cloud data centers and improving performance by between 10x to 100x.”

Graphcore is underpinned by the belief that Efficient AI processing power is rapidly becoming the most sought-after resource in the world, and that the current CPU and GPU market can’t serve machine-learning type applications anywhere near as effectively as a dedicated processing unit.

However, it’s still unclear as to which use cases are really going to drive this AI dedicated processor market – given that most autonomous driving programs are currently partnered with Nvidia, to use its GPU, and that other applications are still quite nascent in their development.

Graphcore CEO, Nigel Toon, stresses that the companies IPU processor will fulfil two critical elements – high computing power, so that a high number of calculations can be achieved at relevant speeds, and interconnect functions. As more processors are required for the high computing capacity, the number of interconnections between processor chips becomes increasingly important, to network both processing cycles and data.

Toon, claims Graphcore is also focusing on the software to achieve this interconnect function in its IPU chips, through its Poplar software programing framework and application libraries. The libraries can be ported to Google’s TensorFlow machine learning software framework. In 2015, Google open-sourced the TensorFlow software library, aiming to set a de facto standard for ML systems.

One of the software features that Graphcore is working on is the ability to generate noise or random numbers, to improve its effective decision making. For instance, there may be multiple valid answers or responses to a given situation, like when driving, and the addition of noise in the processing unit apparently helps a better decision to be made.

CEO Toon sold Icrea, his previous company and a maker of 3G and 4G baseband chips, to Nvidia for $367m in 2011. Before Graphcore, the electrical engineering graduate ran Picochip, a Bath-based semiconductor group, which is now owned by Intel, and XMOS, another Bristol-based chip company. Although this form in the chip market suggests that Toon is a man chasing trends, he has stressed that he believes Graphcore has the potential to go public.