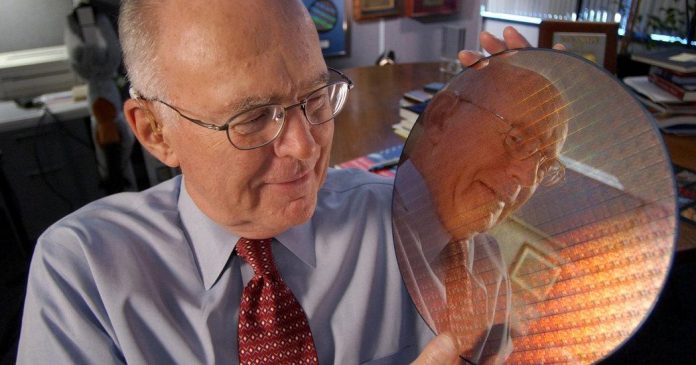 For decades, the computer industry has been guided by a faith that engineers would always find a way to make the components on computer chips smaller, faster and cheaper.

But a decision by a global alliance of chip makers to back away from reliance on Moore’s Law, a principle that has guided tech companies from the giant mainframes of the 1960s to today’s smartphones, shows that the industry may need to rethink the central tenet of Silicon Valley’s innovation ethos.

Chip scientists are nearly at the point where they are manipulating material as small as atoms. When they hit that mark within the next five years or so, they may bump into the boundaries of how tiny semiconductors can become. After that, they may have to look for alternatives to silicon, which is used to make computer chips, or new design ideas in order to make computers more powerful.

It is hard to overstate the importance of Moore’s Law to the entire world. Despite its official sound, it is not actually a scientific rule like Newton’s laws of motion. Instead, it describes the pace of change in a manufacturing process that has made computers exponentially more affordable.