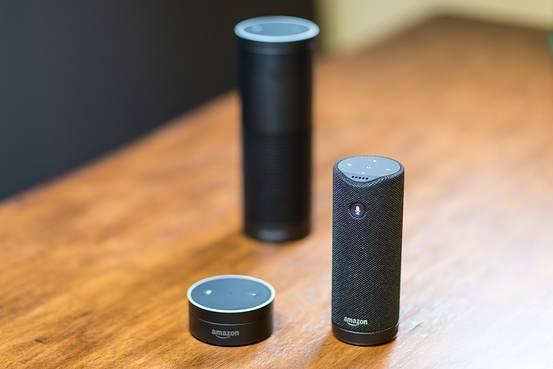 Yesterday, Amazon unveiled two little devices, Tap and Echo Dot, which contain speakers and microphones to connect to its Alexa voice-controlled artificial intelligence. What is interesting is that these devices now include digital voice activated control of connected home appliances such as Hue light bulbs and WeMo power switches, as well as playing music from third-party sources such as Spotify. It can also play games and order an Uber ride.  Amazon also adds that by the end of the month, Alexa will also be able to operate Nest and Honeywell thermostats,

Amazon thinks the best way to operate our increasingly connected homes is with human voices, rather than touch screens and keyboards (which, it admits, aren’t going away). With all three Alexa-driven products, you speak commands that are easier than tapping, such as “play some Beyoncé” or “turn on the lights.” The Alexa virtual assistant responds with a voice of its own, like the Siri persona built into Apple phones and tablets.

The new products don’t offer a quantum leap in capability, but aim to get more people to join the Alexa family—and send Amazon more data for its AI to learn from.