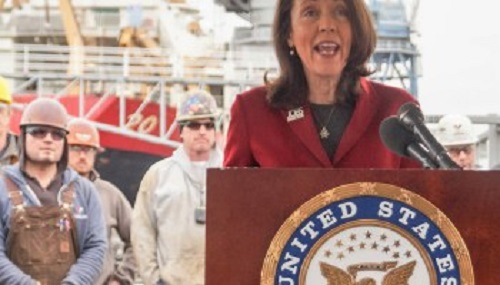 Senator Maria Cantwell, D-Wash., just drafted forward-looking legislation that aims to establish a select committee of experts to advise agencies across the government on the economic impact of federal artificial intelligence.

AI meant for U.S. government use should be defined as a network of complementary technologies built with the ability to autonomously conduct, support or manage public sector activity across disciplines.

The move is an early step toward formalizing the exploration of AI in a government context. But it could ultimately contribute to jump-starting AI-focused programs that help stimulate the United States economy, benefit citizens, uphold data security and privacy, and eventually ensure America is successful during the initial introduction of this important technology to U.S. consumers.

The presence of legislation could also lend legitimacy to the prospect of near-term government investment in AI innovation — something that may even sway Treasury Secretary Steve Mnuchin and others away from their belief that the impact of AI won’t be felt for years to come.

Indeed, other than a few economic impact and policy reports conducted by the Obama Administration — led by former U.S. Chief Data Scientist DJ Patil and other tech-minded government leaders — this is the first policy effort toward moving the U.S. public sector past acknowledging its significance, and toward fully embracing AI technology.

It’s a tall order, one that requires Sen. Cantwell and her colleagues in the Senate to define AI for the federal government, and focus on policies that govern very diverse applications of the technology.

As an emerging technology, the term “artificial intelligence” means different things to different people. That’s why I believe it’s essential for the U.S. government to take the first step in defining what AI means in legislation.

AI meant for U.S. government use should be defined as a network of complementary technologies built with the ability to autonomously conduct, support or manage public sector activity across disciplines. All AI-driven government technology should secure and advance the country’s interests. AI should not be formalized as a replacement or stopgap for standard government operations or personnel.

This is important because a central task of the committee will be to look at if AI has displaced more jobs than it has created — with this definition, they will be able to make an accurate assessment.

Read the source article at Recode.net.