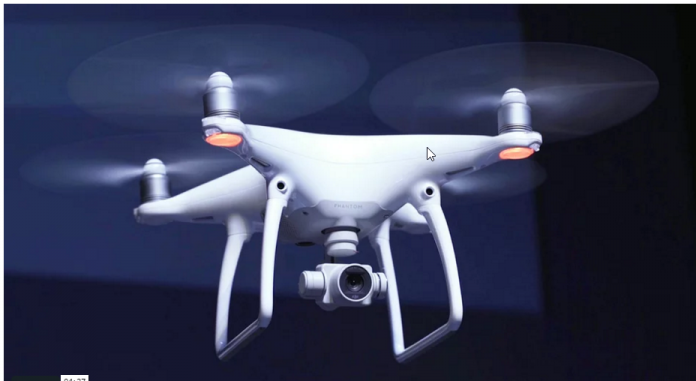 editors note: If you don’t own a drone yet, you might consider one of DJI’s drones. For a few hundred dollars we’ll bet you will fall in love with them right away.  It only takes an hour or so before your drone is soaring and taking photo’s, putting you totally in control of its flight and returning safely to your feet with a touch of a button on his powerful, sophisticated and very easy to use mobile app.  It will also get to you ask, how does DJI do it?  Here’s a good video on how DJI’s most recent drone uses A.I., making as easy as the newcomer as flying a kite. However, this new model is priced above $1,000.

Besides numerous general upgrades like new materials, greater speeds, reach, battery life and a better lens among other things, the new Phantom 4features 4 additional cameras that can detect and map the environment in order to intelligently avoid objects and fly around them, as well as track people intelligently.

At the release event of the DJI Phantom 4, here in New York, we had a chance to talk to DJI’s Paul Pan who gave us his insights into the science behind the new technology. Take a look at our video, above, describing how it works.