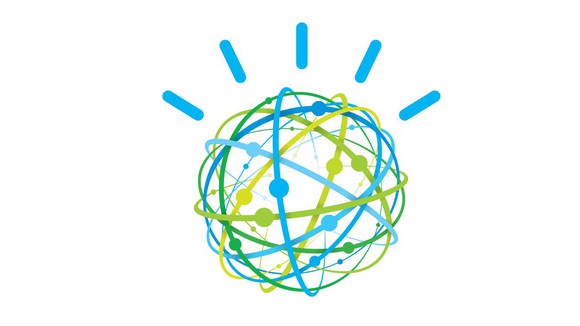 One of the cornerstones of International Business Machines‘ ongoing transformation is cognitive computing, which encompasses artificial intelligence and other related technologies. IBM is a business that serves other businesses, and its approach to AI stays true to its purpose. IBM Watson, the company’s well-known AI system, is being used in industries like healthcare and financial services to augment the skills of professionals in those fields. The long-term potential of the technology is immense.

IBM has made a bet that cognitive computing will be a big part of its future. Here’s how the company got here, and how it plans to win.

A (very) brief history of IBM

IBM is a rare example of a tech company that has been able to adapt and evolve, remaining relevant through many decades and technological eras. Since its founding in 1911 as the Computing-Tabulating-Recording Company, IBM has gone through multiple, sometimes painful, transformations that tested the company’s resolve.

In its early days, IBM sold and leased mechanical tabulating machines, as well as typewriters and other devices. The company’s first major transformation came at the dawn of the computer age. IBM introduced its first large computer based on vacuum tubes in 1952. Computers based on transistors came later that decade, marking the birth of IBM’s mainframe business. IBM went on to dominate the personal computer market as well, at least for a while. The company’s mechanical tabulating machine business was a cash cow, but IBM wasn’t afraid to disrupt itself when it became clear that computers were the future.

IBM’s second major transformation came in the 1990s. After decades of success, complacency led the company to nearly implode as the core mainframe business struggled and the PC business became increasingly commoditized. IBM had become bloated, and it lost sight of where the industry was going. An outsider CEO was brought in, saving the company by slashing costs and betting on services. IBM became an integrated provider of solutions spanning hardware, software, and services, a model that then drove its growth for the better part of two decades.

That brings us to IBM’s current transformation. Over the past five years or so, IBM has undergone yet another reinvention, this time betting on cloud and cognitive computing to fuel its business in the years to come. Legacy businesses have been sold off or de-emphasized, while resources have been poured into growth areas like artificial intelligence. The company has built a cloud computing business with nearly $20 billion of annual revenue, and its Watson AI system has been applied to a wide variety of industries and applications.

Watson is the face of IBM’s effort to cement its status as a leader in the fast-growing AI market.

The birth of IBM Watson

The world was introduced to Watson in 2011 when IBM put the AI system up against two champions on the game show Jeopardy! Watson cleaned house with an impressive but imperfect performance, able to parse the clues and provide correct responses often enough to win the game and represent a major AI breakthrough.

At the time, Watson was powered by 750 of IBM’s Power servers, featuring a total of 16 terabytes of memory and 2,880 POWER7 CPU cores. Today, Watson-based services are available via IBM’s cloud, requiring far fewer resources than the initial version. By 2013, IBM had managed to nearly triple performance while reducing hardware requirements to a single Power server.

One important thing to know: Watson is not a one-size-fits-all system. The original Watson system used on Jeopardy! was trained specifically for that purpose. A different application requires training with different data. For example, IBM offers a visual-recognition cloud service powered by Watson; this version of Watson is trained with images tagged with the objects they contain, and the result is a system that can identify objects in other images. You can view Watson as a set of AI technologies that can be applied to different tasks, rather than a monolithic AI system.

Read the source article in The Motley Fool.