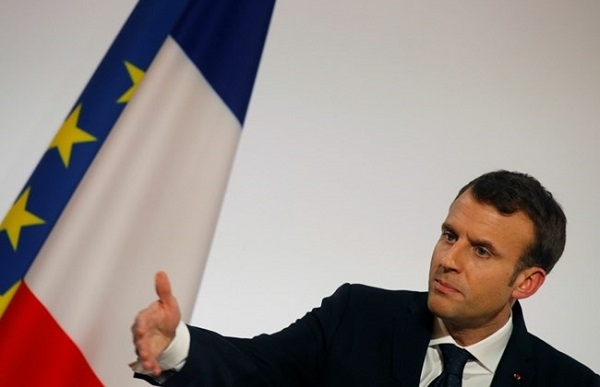 France’s Emmanuel Macron knows his country is not about to develop a local equivalent of Google or Facebook to power the development of artificial intelligence.

But in a new national AI strategy, the French president is touting other assets to power up innovation: its foreign brain trust, huge troves of state-owned data and links to European research institutes to share and leverage knowledge.

“We have to be in a position to build, in France and in Europe, an artificial intelligence ecosystem,” Macron said in a speech Thursday. “We should have a policy of open data,” he added, and “have to think on the subject from a political and ethical point of view … to come up with a common understanding and rules.”

With an investment of nearly €1.5 billion euros into AI research over the next four years, Macron aims to do nothing less than to drag his country into the age of AI and erase 30 years of underperformance on innovation.

In a briefing with journalists ahead of the strategy’s unveiling Thursday, two advisers to Macron conceded that France was starting from way behind China and the United States on AI, and their fiscal-deficit-challenged state would not be able to match their multi-billion dollar and renminbi investment plans for research. Venture capital remains far more limited in France than in the U.S., and there are no plans to overhaul tax rules to draw in investors.

“We missed all the big technological revolutions of recent years, but France has a card to play in the field of artificial intelligence,” said an aide to the president who asked not to be named. “Either we seize the chance now, or we watch another wave pass us by.”

Yet aides argued that Paris, which has just brought its budget deficit under a European Union threshold, would still make a serious crack with a €1.5 billion investment package. The amount would be earmarked in France’s next budget.

Macron’s idea, the aides said, was to leverage the cash to develop sector-specific AI technology in areas where France has an edge thanks to its giant, state-run agencies and vast troves of centrally collected public and private data.

Medical records amassed by France’s state-run hospitals, for example, are a data goldmine that was already fueling AI-powered tumor-detection technology, an aide said.

“Paradoxically, the fact of having a big centralized state and vast public records is an advantage in this area, because you can organize the data as you see fit,” said the same aide, adding that France may launch a central data agency to oversee control of such information.

Read the source article at Politico.

Amazon is changing the game on AI says Trinity Ventures