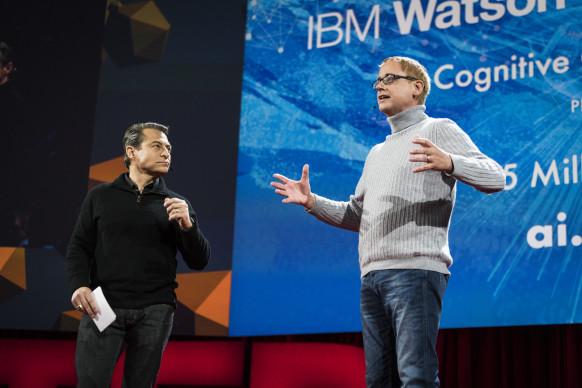 IN 2020, THREE speakers will appear onstage to deliver a TED talk and compete for $5 million. But these presenters will share a unique characteristic that sets them apart from TED talkers who came before them: They won’t be human.

Instead, the talks will be delivered by artificially intelligent systems, all of them finalists in a newly announced XPRIZE for cognitive computing. XPRIZE founder Peter Diamandis and IBM’s Watson chief David Kenny announced the new prize on stage at TED today. The prize’s mission is broad: Teams are challenged to “demonstrate how humans can collaborate with powerful cognitive technologies to tackle some of the world’s grand challenges.”

But what that challenge is, Diamandis says, is up to the developers themselves. The winners will be chosen by the TED audience after the talks in 2020. According to Diamandis, the goal of the challenge is to prove the potential for artificial intelligence to do good, not just evil. “The fact of the matter is, personally, I’m sick and tired of the dystopian conversation around artificial intelligence,” he said.