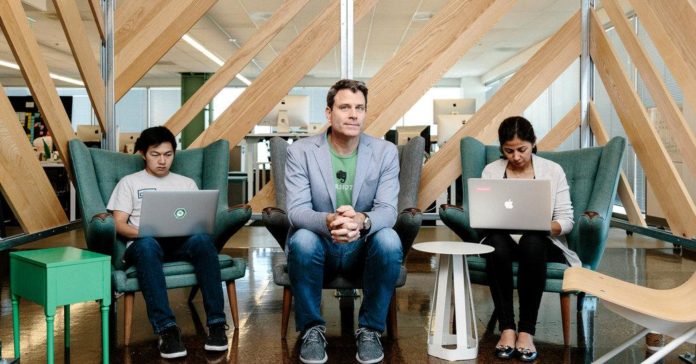 Evernote, a Silicon Valley start-up that makes a note-taking app, was supposed to be dead by now.

After a stratospheric rise over the last few years, during which investors poured about $270 million into the company and valued it at $1 billion, Evernote hit hard times last year. Naysayers said the company had overexpanded, was spending too much money and would be destroyed by competitors. The start-up soon became the poster child of a coming collapsein Silicon Valley.

Twelve months later, Evernote has cut back on staff, eliminated employee perks like free housecleaning services, simplified its product line — and stabilized. The number of customers who pay for its file storage and sharing product is on track to grow as much as 40 percent this year, and the company is hiring again.

“Here we sit, a year after we were supposed to die,” said Chris O’Neill, 43, chief executive of the start-up, which is based in Redwood City, Calif. “It was hard for employees to readjust expectations. They had only known a world where another fund-raise was just around the corner.”

Silicon Valley start-ups were set to face a great reckoning in 2016. Yet the crash hasn’t happened.

Last year, many tech executives, venture capitalists and entrepreneurs were convinced that a multiyear boom that had propelled young companies to great heights could no longer sustain itself. Some said it would end apocalyptically. Michael Moritz, an influential start-up investor at Sequoia Capital, declared many of the companies “the flimsiest of edifices.” Bill Gurley, a venture capitalist at the Silicon Valley firm Benchmark, proclaimed that the start-ups would bite the dust. “Winter is coming,” others intoned.

The worst fallout may yet come, but many of the start-ups have hung on. Across Silicon Valley, engineers are still commanding annual salaries that average $136,00