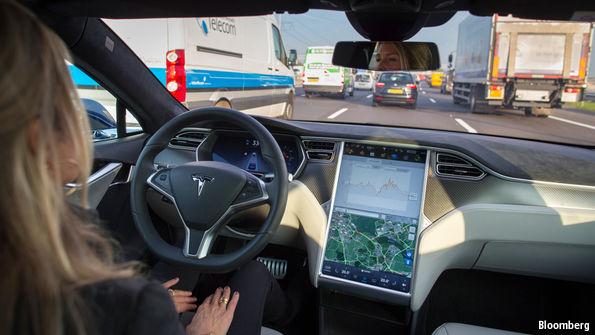 The term “artificial intelligence” has been associated with hubris and disappointment since its earliest days. It was coined in a research proposal from 1956, which imagined that significant progress could be made in getting machines to “solve kinds of problems now reserved for humans…if a carefully selected group of scientists work on it together for a summer”. That proved to be rather optimistic, to say the least, and despite occasional bursts of progress and enthusiasm in the decades that followed, AI research became notorious for promising much more than it could deliver. Researchers mostly ended up avoiding the term altogether, preferring to talk instead about “expert systems” or “neural networks”. But in the past couple of years there has been a dramatic turnaround. Suddenly AI systems are achieving impressive results in a range of tasks, and people are once again using the term without embarrassment. What changed?

The current boom is based on an old idea, with a modern twist: so-called artificial neural networks (ANNs), modelled on the architecture of the human brain. A biological brain consists of interconnected cells called neurons, each of which can be triggered by other neurons, and which can then trigger other neurons in turn. A simple ANN has an input layer of neurons where data can be fed into the network, an output layer where results come out, and a few hidden layers in the middle where information is processed. (ANNs are not actually wired up in the real world, but are simulated entirely in software.) Each neuron within the network has a set of “weights” and an “activation function” that controls the firing of its output. Training a neural network involves adjusting the neurons’ weights so that a given input produces the desired output. ANNs were starting to achieve some useful results in the early 1990s, for example in recognising handwritten numbers. But attempts to get them to do more complex tasks ran into trouble; neural networks learn by example, and the standard training technique didn’t work with larger (or “deeper”) networks with more layers. After a flurry of excitement, enthusiasm for ANNs waned. Yet again, it seemed, AI had failed to deliver, and the field went into one of its periodic fallow periods, known as “AI winters”.

Read the source article at The Economist

AI and analytics being deployed in battle against cyber threats