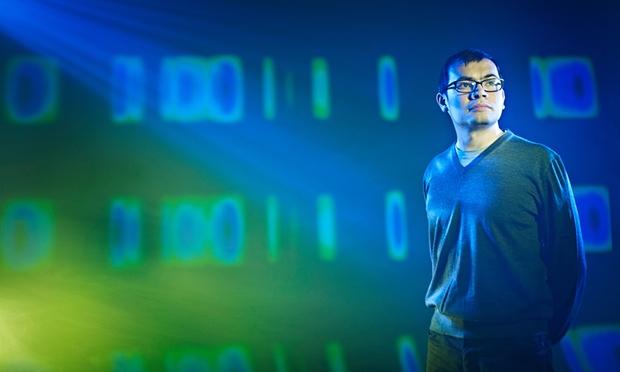 Demis Hassabis has a modest demeanour and an unassuming countenance, but he is deadly serious when he tells me he is on a mission to “solve intelligence, and then use that to solve everything else”. Coming from almost anyone else, the statement would be laughable; from him, not so much. Hassabis is the 39-year-old former chess master and video-games designer whose artificial intelligence research start-up, DeepMind, was bought by Google in 2014 for a reported $625 million. He is the son of immigrants, attended a state comprehensive in Finchley and holds degrees from Cambridge and UCL in computer science and cognitive neuroscience. A “visionary” manager, according to those who work with him, Hassabis also reckons he has found a way to “make science research efficient” and says he is leading an “Apollo programme for the 21st century”. He’s the sort of normal-looking bloke you wouldn’t look twice at on the street, but Tim Berners-Lee once described him to me as one of the smartest human beings on the planet.

Artificial intelligence is already all around us, of course, every time we interrogate Siri or get a recommendation on Android. And in the short term, Google products will surely benefit from Hassabis’s research, even if improvements in personalisation, search, YouTube, and speech and facial recognition are not presented as “AI” as such. (“Then it’s just software, right?” he grins. “It’s just stuff that works.”) In the longer term, though, the technology he is developing is about more than emotional robots and smarter phones. It’s about more than Google. More than Facebook, Microsoft, Apple, and the other giant corporations currently hoovering up AI PhDs and sinking billions into this latest technological arms race. It’s about everything we could possibly imagine; and much that we can’t.

Read the source article at theguardian.com