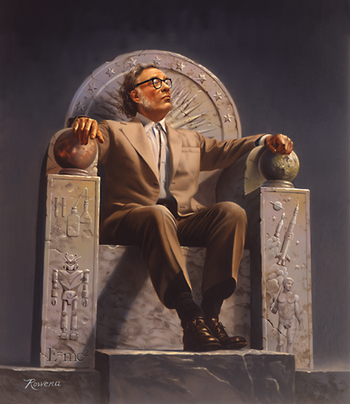 In 1942 the author and professor Isaac Asimov introduced his Three Laws of Robotics, one of the most well-known attempts to establish workable rules integrating artificial intelligence, or AI, into society. Since then, many science fiction writers, philosophers, scientists, and others have grappled with the pros and cons of AI.

This attention has only increased. Just this September, five of the largest tech companies teamed up to create a coalition, the Partnership on Artificial Intelligence to Benefit People and Society, to assure people that AI was not about creating killer robots. And earlier this month, under President Obama’s leadership, the White House issued a report, “Preparing for the Future of Artificial Intelligence,” discussing AI’s possible applications and how it is likely to impact society, for better or worse.

What we have heard less of, however, is what everyday consumers think about AI’s potential and pitfalls, about whether AI will help or hurt the world. We decided to ask.

In June 2016 my company (Weber Shandwick) and KRC Research surveyed 2,100 consumers online in five global markets (the U.S., Canada, the UK, China, and Brazil) on their feelings about AI. We asked them questions including what AI-powered devices they own, what tasks they’d trust AI to perform without human assistance, what concerns they have about AI, and what sources they would most trust to give them accurate information on AI. We also conducted telephone interviews with 150 CMOs in the U.S., UK, and China who are responsible for marketing and branding in their organizations.

What we found surprised us. Yes, consumers are worried about job loss, security issues, and privacy infringement. But, for the most part, consumers are accepting of AI. Here are some of our results: