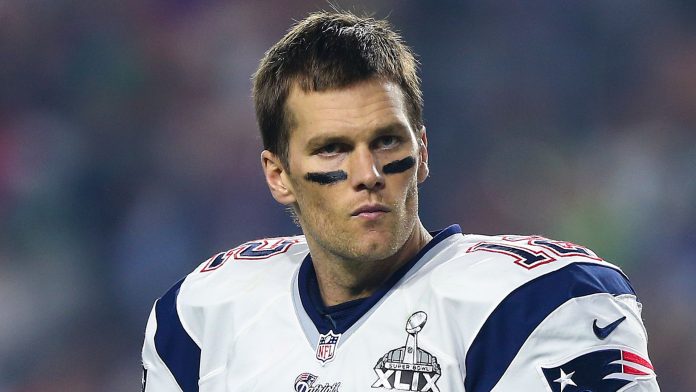 AlphaGo’s success in beating Lee Se-Dol, legendary player, at the game of Go has reignited discussions around Man vs. Machine. We are already in the middle of another – a third – wave of enthusiasm around Artificial Intelligence, a field that has been around for more than 60 years. Just like previous eras of AI, AI 3.0 promises to get us closer to machines with human-like intelligence and change every aspect of our lives, including the way we play, operate and consume sports.

But is the promise of AI 3.0 real, or is it like the start of another Dallas Cowboys’ season- full of optimism in August, followed by disappointment come playoff season? The concern is valid, but there are some key differences this time around that make this era different and more promising than others.

Early AI technologists were Psychologists at heart using computers to understand cognition. They were obsessed with building “general intelligence” and believed that all aspects of human intelligence – the ability to solve problems, to play chess, to converse in English, to make plans, and so on – were simply manifestations of a handful of common, underlying algorithms. So, success at automating any one of these capabilities was considered success at them all.

The problem with historical accounts is that, while they clearly show the path taken, they frequently omit those paths not taken. The term “AI” is now well known, but at the outset, there was a competing vision in the field called Intelligence Amplification, “IA”. Its goal was to use computers to augment or enhance human intelligence, a stark contrast to the AI goal of building fully autonomous and independent systems that replicate some uniquely human capabilities.  It was first proposed – and named – by William Ross Ashby in his 1956 book, “An Introduction to Cybernetics” [1]. The idea was further pushed by proposing the symbiotic combination of man and machine, with humans setting the high-level goals and computers doing the routine work to help achieve them.

The popular view is that AI languished for a decade and was re-born in the 2000s. But many believe that is an incomplete picture of what really happened. The term AI was retained, but the new research agenda was squarely from IA. The quest to understand human cognition was over, and the goal became to augment human intelligence by identifying human weaknesses and providing a mental prosthesis. The psychologists underestimated the difficulty of automating human strengths, so the engineers took over and AI 3.0 was born based on principles of engineering, not psychology.

Inspired from that agenda came innovations like Deep Learning that allows raw data feeds to automatically discover the representations needed for detection or classification. Neural Networks, which are at the heart of Machine Learning, and AI have finally escaped the plateau they were stuck in for 30 years, thanks to the work of Dr. Geoffrey E. Hinton and his team at the University of Toronto [2]. What makes AI 3.0 more promising is the ability of ML techniques to tease-out from experts the knowledge that made them experts. Humans can exhibit expertise, but it is hard for them to articulate that. The Machine Learning algorithms can identify the discriminating features and induce patterns or rules automatically to produce an expert system. The newer version of machine learning techniques does not require teasing out human expertise to train systems, and is able to build networks much deeper, resulting in better accuracy.

As with great athletes, AI algorithms can perform well on the field because they are complemented by good support staff. The efficacy of algorithms is greatly enhanced by the availability of training data and strides made in achieving computational efficiencies.

Benefits of AI 3.0 have already been realized in other fields including the always improving voice recognition of Apple’s Siri, cancer treatment recommendation by IBM Watson, or Netflix’s smart recommendation system. SparkCognition’s SparkSecure application is leveraging Deep Learning, reasoning and other AI techniques to augment cyber security experts – in some cases cutting down reaction time from 9 man-hours to 9 man-minutes.

Similarly, AI will impact sports operations by supercharging the existing analysis and by creating avenues for new analytics. Both of which will create opportunities for competitive advantage on the field.

Today, stats focused on on-the-field play and some psychological aspects put the cognitive burden of making judgments with expert human beings. However, with new data techniques and new algorithms, we can take some of the cognitive burden away from humans. For example:

As AI and ML matures within the sports operations industry, new analysis will start to emerge. Some of them would look like:

Perhaps DeepMind, the group that created AlphaGo go would argue, but some of these use cases will help us create slivers of human intelligence. There will be human capabilities that AI will not be able to replicate, as evidenced by Mr. Se-dol’s one upset of AlphaGo in the five game series.

For today, the question should not be whether AI can create the mind of Tom Brady. The real question is – how AI can be leveraged to help struggling Dallas Cowboys quarterback Tony Romo!

Usman Shuja is Vice President of Market Development at SparkCognition – a Cognitive analytics startup that is applying Artificial Intelligence to solve cyber-physical security challenges.  In this role, he is responsible for developing new markets for Cognitive and AI technologies, including IBM Watson-powered applications. Usman has represented the US national cricket team for nearly a decade and is the USA’s all-time leading wicket taker. He also serves on the US advisory board for the International Cricket Council (ICC), cricket’s world governing body. Previously, Usman worked as a management consultant at the Boston Consulting Group (BCG) and as a software engineer at IBM, and founded a startup focused on AI and computer vision. In addition, he has interned and consulted for several sports organizations including MLS franchises. He holds a bachelor’s degree in Computer Science from the University of Texas at Austin and an MBA from the Kellogg School of Management at Northwestern University.