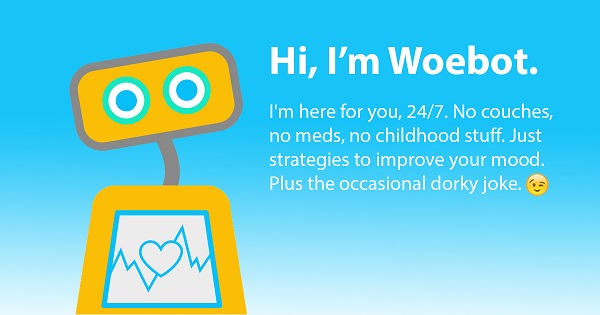 I’m a little embarrassed to admit this, but I’ve been seeing a virtual therapist.

It’s called Woebot, and it’s a Facebook chatbot developed by Stanford University researchers that offers interactive cognitive behavioral therapy. And Andrew Ng, a prominent figure who previously led efforts to develop and apply the latest AI technologies at Google and Baidu, is now lending his backing to the project by joining the board of directors of the company offering its services.

“If you look at the societal need, as well as the ability of AI to help, I think that digital mental-health care checks all the boxes,” Ng says. “If we can take a little bit of the insight and empathy [of a real therapist] and deliver that, at scale, in a chatbot, we could help millions of people.”

For the past few days I’ve been trying out its advice for understanding and managing thought processes and for dealing with depression and anxiety. While I don’t think I’m depressed, I found the experience positive. This is especially impressive given how annoying I find most chatbots to be.

“Younger people are the worst served by our current systems,” says Alison Darcy, a clinical research psychologist who came up with the idea for Woebot while teaching at Stanford in July 2016. “It’s also very stigmatized and expensive.”

Darcy, who met Ng at Stanford, says the work going on there in applying techniques like deep learning to conversational agents inspired her to think that therapy could be delivered by a bot. She says it is possible to automate cognitive behavioral therapy because it follows a series of steps for identifying and addressing unhelpful ways of thinking. And recent advances in natural-language processing have helped make chatbots more useful within limited domains.

Depression is certainly a big problem. It is now the leading form of disability in the U.S., and 50 percent of U.S. college students report suffering from anxiety or depression.

Darcy and colleagues tried several different prototypes on college volunteers, and they found the chatbot approach to be particularly effective. In a study they published this year in a peer-reviewed medical journal, Woebot was found to reduce the symptoms of depression in students over the course of two weeks. 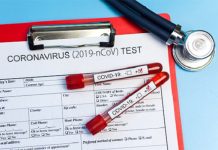