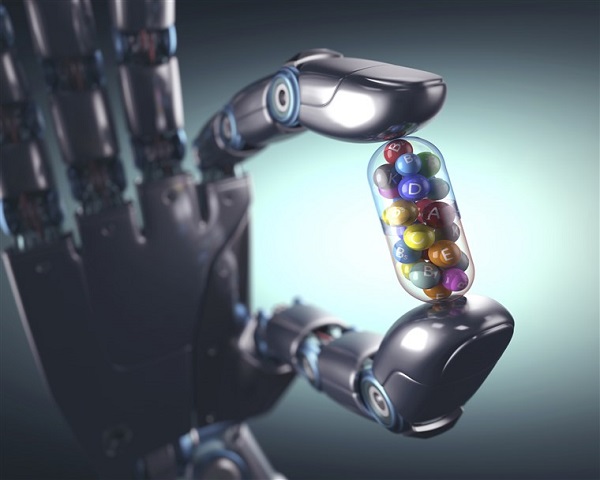 Developing new medicines isn’t for the faint of heart. On average, it takes about a decade of research — and an expenditure of $2.6 billion — to shepherd an experimental drug from lab to market. And because of concerns over safety and effectiveness, only about 5 percent of experimental drugs make it to market at all.

But drug makers and tech companies are investing billions of dollars in artificial intelligence with the hope that AI will make the drug discovery process faster and cheaper.

“I believe that AI is a sleeping giant for healthcare in general,” Eric Horvitz, director of Microsoft Research Labs in Redmond, Washington, said last month at the annual meeting of the American Association of the Advancement for Science in Austin, Texas. He said Microsoft was investing in AI for drug design and pharmacology, which studies how drugs act in the body, and called the technology a “tremendous opportunity.”

Microsoft is far from alone in its AI bet. As of late February, the Toronto-based biotech company BenchSci had counted 16 pharmaceutical companies and more than 60 startups using AI for drug discovery.

The biggest bottlenecks in drug development usually lie within the early stages of research, especially in the time needed to go from identifying a potential disease target (typically a protein within the body) to testing whether a drug candidate can hit that target.

The most ambitious AI groups, including a private-public consortium dubbed ATOM, are aiming to compress that process — which can take four to six years — into a single year.

That lofty goal hasn’t yet been reached, of course. But London-based BenevolentAI, billed as Europe’s largest private AI company, said it had dramatically reduced the amount of trial and error needed to design a drug candidate once a promising disease target had been identified. So far, the company estimates that it can cut the associated costs by 60 percent and reduce the drug design timeframe from three years to one.

With the odds of successfully developing a new drug so poor, the pharmaceutical industry is “pretty much predicated on failure,” said John Baldoni, head of the new Baltimore-based AI drug discovery unit for the U.K.’s GlaxoSmithKline. But the same testing that weeds out some drug candidates, he said, often contains valuable data that could give other efforts a head start.

From searching through his company’s database, for example, Baldoni and colleagues found more than 230,000 drug candidates that had been designed to hit disease targets in the brain. None of the molecules was a good fit for Baldoni’s project, which is focused on other disease targets, he said. Even so, AI algorithms helped reveal the common features of chemical structures that were able to get into the brain.

Baldoni’s group is now using other AI programs to model how such molecules can be put together in new ways and to predict which parts might help penetrate the brain to hit a disease target — and which might prove toxic.

BenevolentAI has expanded its own repertoire to include more than 20 drug programs targeting rare cancers as well as inflammatory, neurodegenerative, and central nervous system diseases. In an email to NBC News MACH, company chairman Ken Mulvany said the company’s computers are trained to understand biomedical language and look for relationships among drugs, diseases, and proteins in the body.

Read the source article at NBCNews.com.

Here Are 50 Women-Led Startups That Are Crushing Tech

Artificial Intelligence In Health Care IT – The Potential And The...